Hannah Dobbin, Policy Adviser, blogs about the health of women's sport at a grassroots levels and what developments are coming to strengthen progress already made.

I’m a woman that works in sport, watches sport, plays sport and coaches sport. This week I’ve seen amazing tweets and news articles about women in sport at both elite and grassroots. So I wanted to help celebrate Women’s Sport Week and ask what’s next?

I spent the summer watching elite female athletes breaking records and winning medals at the Rio Olympics and Paralympics. One of my favourite ever sporting moments is when the Team GB Women’s Hockey Team won their first ever gold medal at Rio 2016.

I’ve played hockey since I was 11 and watched the final with some of my team. I started sitting calmly on the sofa, then I moved to the edge of my seat and by the time the shuffles came I was sat on the floor screaming at the TV! I was amazed that friends who don’t even like hockey contacted me to say they were watching and the coverage the women’s hockey team received and is still getting is amazing.

Then I got to thinking about where it all begins; at local, grassroots clubs up and down the country. I’ve played various sports since I was little and I’ve always seen girls and women play key roles as players, committee members, teachers/coaches, umpires and volunteers. However, I know that not all girls find sport as appealing.

Worries about what you look like or not being feminine aren’t uncommon. The idea of joining a club or going to a new gym can be scary. And, although I found it hard to understand when I was young, some girls just don’t like sport!

That’s why I think the recent shift in policy rhetoric to physical activity rather than sport is important. We need to make being active appealing to a whole range of people. Women and girls are not homogenous groups. The Alliance’s membership demonstrates the huge range of ways that people can be active. So there should be something for everyone right?

Sport England’s This Girl Can campaign received a huge amount of coverage and reached a wide audience. Hopefully there is more to come from that campaign so even more women and girls are inspired to be active. But raising interest and moving more people through the behavioural change model to ‘active’ will increase demand so we need to make sure that there are plenty of easy, practical and attractive  opportunities for girls and women to engage with.

It’s not just about increasing women playing sport. Girls and women should also be aspiring to work and achieve in wider roles in the sector. In the media Clare Balding and Gaby Logan are now household names but I hope that there will be even more female presenters and importantly quality coverage of female sports in the media in the future. More coverage means more opportunities which should mean more diversity and increased participation. In my spare time, I run Forest Flyerz, the disability section of Waltham Forest Hockey Club (WFHC). On 15 September, I was surprised to see I was a Women in Sport #RealGoGirl. This was a great initiative to promote women’s contribution to sport and has hopefully inspired more to get involved. 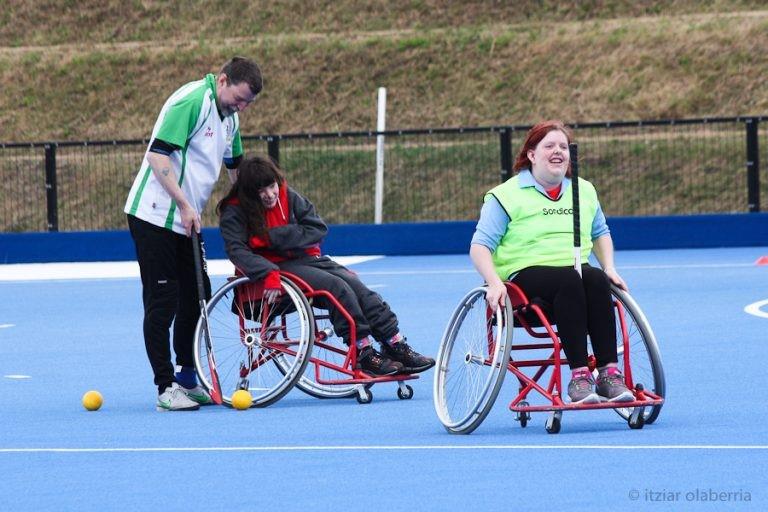 We have far more male than female players at Flyerz and we’re keen to try to change this. I’m scouring through EFDS’s huge range of helpful resources to think about how we communicate and market ourselves better and have asked our players’ parents and carers to spread the word through their own networks. But if you have any other ideas please let me know!?

In my club there is no shortage of female coaches but I’ll be interested to see how Sport England’s forthcoming coaching strategy considers diversity in coaching across activities.

Governance is another area where progress has been made with increasing diversity, with Sport England’s current governance strategy asking organisations to aspire to 25% female board members. However, more can be done and we wait to see what the new sports governance code has to say on this.

All in all, women and girls have achieved so much in sport and although there are still barriers to participation and representation, things are changing. So let’s give three cheers to women in sport and to even more success in the years to come!