From such great heights: the Alliance team go above and beyond for #TryYourKitOn

Just over a week since joining the Alliance, Eleanor Newton, Office Administrator, is already climbing the walls. In her debut blog she talks about a recent climbing taster session she attended with her new colleagues.

The #TryYourKitOn effect is definitely present at the Alliance office this month. From open water swimming to throwing frisbees, the staff have opened their eyes to new activities available on their doorstep. This week the team got to grips with the world of climbing through a taster session at Westway Sports Centre, organised as part of #WomenOutdoors week.

This impressive facility, opened in 1994, is one of 400 climbing spaces in the UK designed to mimic the challenges posed by the great outdoors. Sport Climbing is one of five sports recently confirmed for the Tokyo 2020 Olympic programme, giving elite climbers the chance to compete on a truly global stage. Centres such as Westway will be hoping to attract new members off the back of this announcement, as well as facilitating high performance climbers with support from the British Mountaineering Council.

Although we came into the session as “casual” climbers, our taster session provided a flavour of the fun and the challenging nature of the sport. After a quick kit change, we soon found ourselves harnessed up and on the walls, with the support of our instructor Daniel. After showing us the ropes (literally), a few simple steps allowed us to guide our teammate up and down the wall safely, feeling a sense of control from the onset. 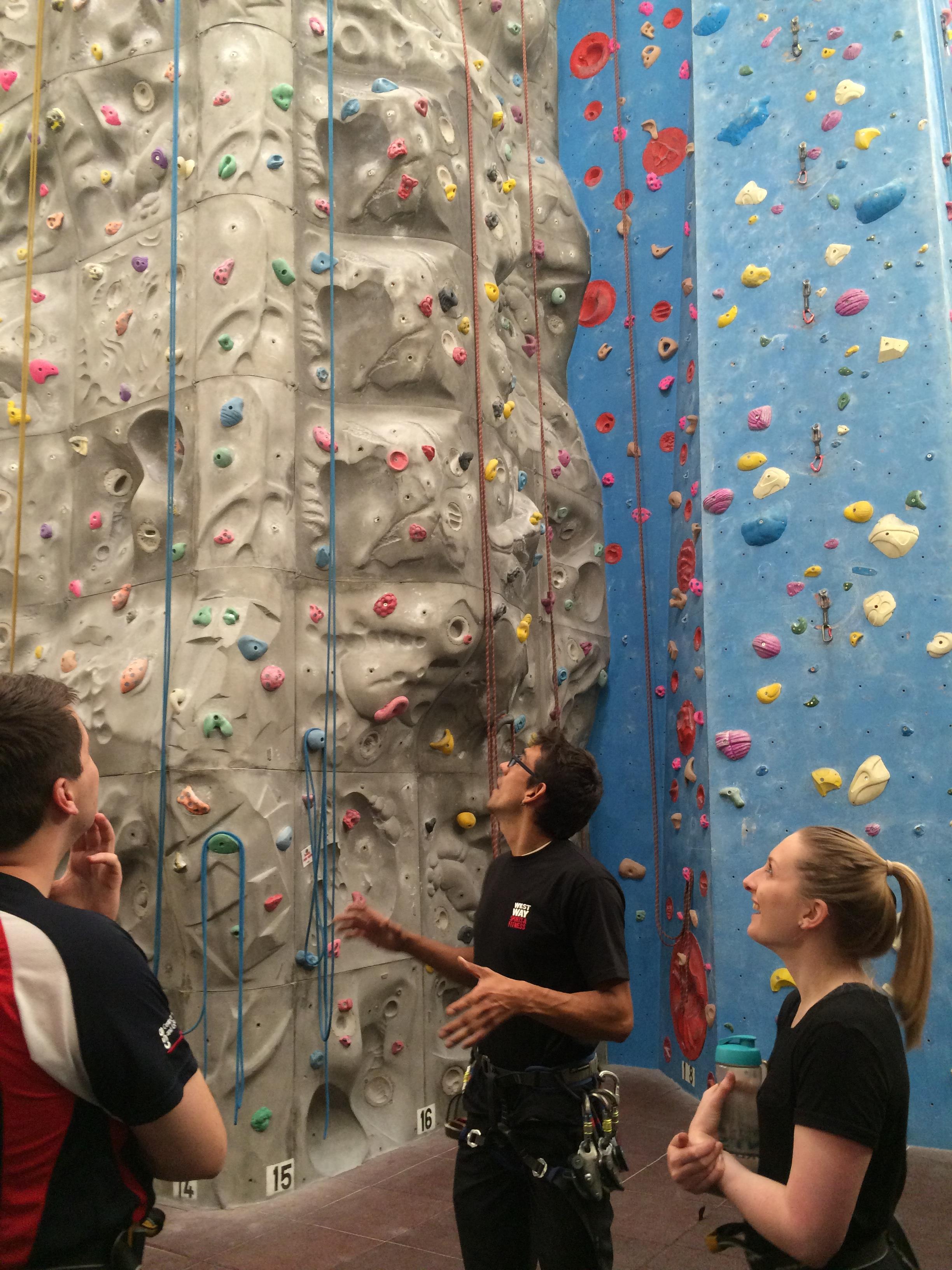 It is not surprising that a single climbing session can burn up to 900 calories per hour. We expected that our arms would tire but soon learnt that leg strength, balance and coordination are required to climb effectively. The individual climbing routes are identified through coloured holds, which act as markers, so that there is a route available for levels of ability. We were tasked with following a particular coloured route as a challenge and soon understood how easy it is to challenge yourself by having to think about your next move. As part of the taster session, we also tried bouldering, a form of climbing which doesn’t require ropes or a harness. The bouldering wall is no higher than 4.5m, which makes this activity ideal for those wanting a quick climbing fix but it is by no means less demanding!

Every climbing experience is different at Westway with the centre offering 350 climbing routes that change on monthly basis. This helps to create an unpredictable and variable environment, providing a platform for conversation amongst members. During our time at Westway, it was apparent that the centre provided a great social space where members can interact and share their climbing experiences and advice. Club social nights offer less experienced climbers the opportunity to pair up with members of similar abilities and if preferred, a clear “Climbing Pathway” can be followed. 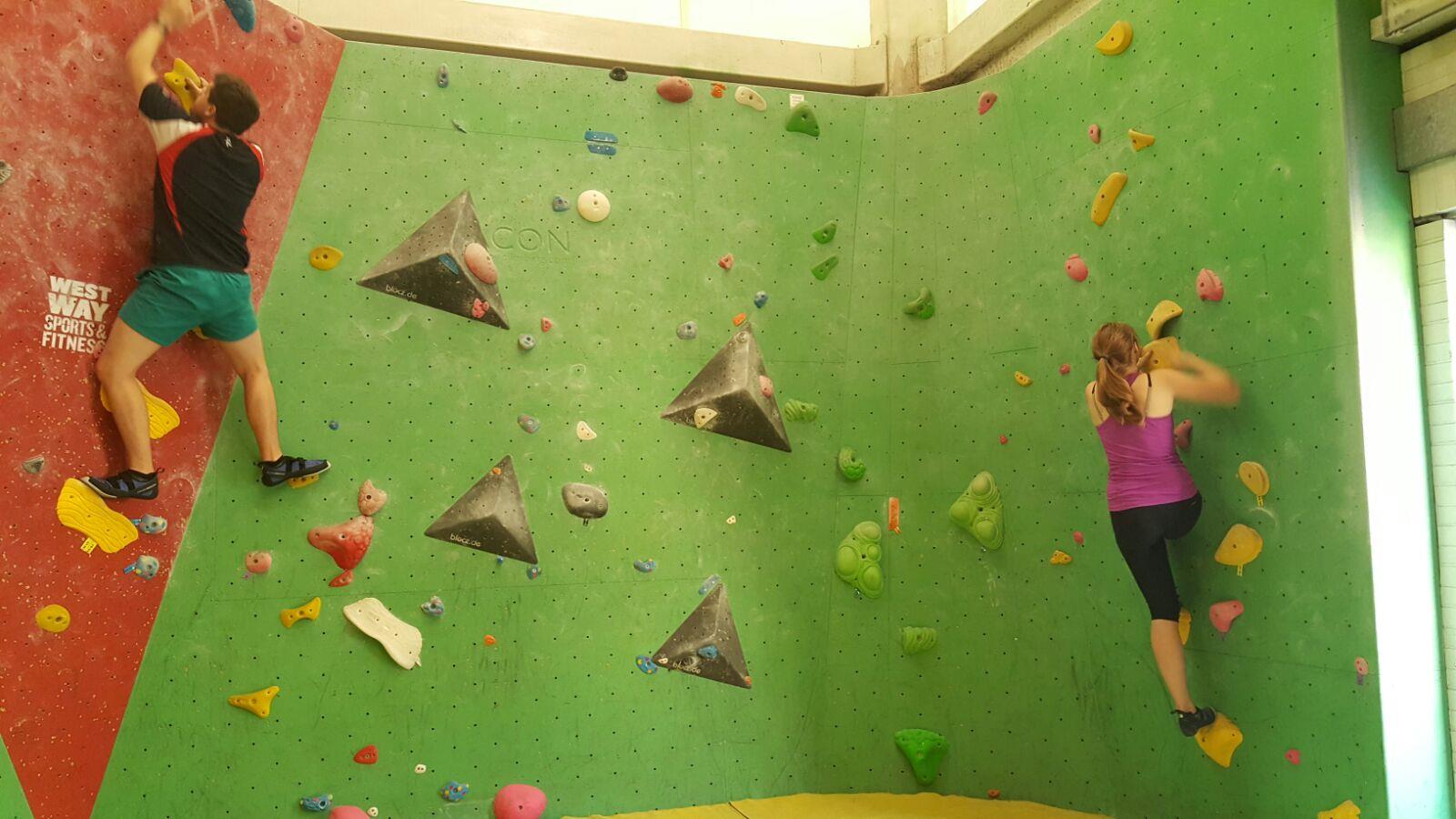 After a few cool down exercises, we really did feel like we’d had a workout. However, after 90 minutes of climbing, we had only scratched the surface. Climbing really does have no limits and with the structure in place at centres like Westway, it is hopeful that the TeamGB stars of the future will flourish across the country. From the tiny tots club to ladies’ climbing morning, the centre is accessible for all ages and abilities just wanting to give it a go.

So why not try climbing? Find your local centre here and #TryYourKitOn!

To let us know what programmes and activities your organisation is offering this summer, click here.