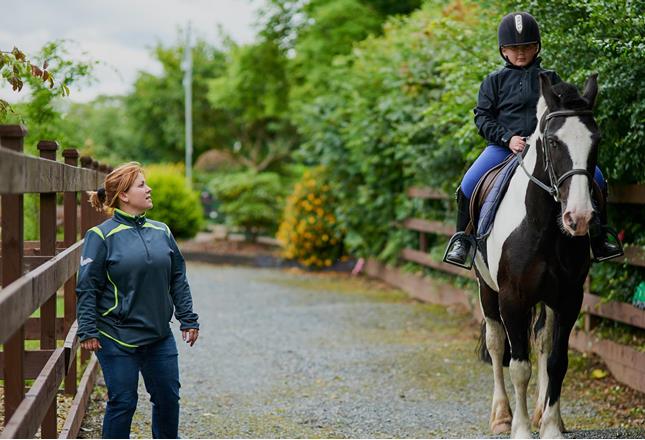 Park Palace Ponies is an inner-city riding starter school in Toxteth, Liverpool. The school is inspiring a new generation of horse riders and has become an important part of the local community.

The British Equestrian Federation provided £25,000 towards set-up costs for the riding school with support from Sport England. The aim was to enable the club to open its doors and run a six-month pilot to understand the demand and sustainability of the model of an urban starter riding school.  This is a model where children can begin to learn to ride and care for ponies at the centre but to progress further would be signposted to other larger local riding centres supporting the wider local equestrian industry.

The project not only tested the idea of an urban starter riding centre in some of Liverpool’s most deprived areas, but also looked at the impact equestrian activity had on the health and wellbeing of participants.

In the six months since the pilot an additional 494 participants have been involved in over 1,950 hours of riding and pony care. Park Palace Ponies is now linking up with a local school where 82% of the children speak English as a second language. It is fast becoming a part of the fabric of the community, with participants and volunteers alike drawn from the local area.

Anna Hall, Head of Participation at British Equestrian Federation said, ”We are delighted to have been able to partner with Park Palace Ponies with Sport England’s support to open up access to equestrian sport in Liverpool. Having riding centres in urban areas where children can learn to ride and care for horses and ponies is vital for making our sport more visible, accessible and dispel the myths that equestrian sport is only for certain types of people. Ours is a sport that can be enjoyed by all, based on a passion for horses and ponies which seems to cut across all demographic groups.”

If you have a case study which highlights how you've positively engaged with your local area, please get in touch with aburgess@sportandrecreation.org.uk.