#BigThankYou is back for 2019: Give your volunteers a chance to shine! 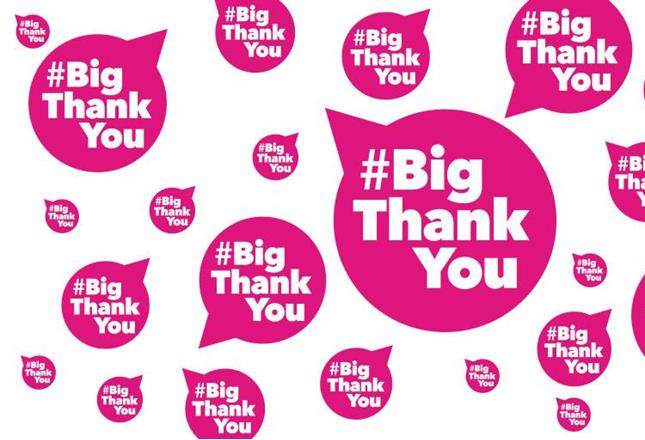 It’s been another year packed full of outstanding British sporting achievements. From Ben Stokes’ incredible summer to Laura Muir’s double-double – a crop of world-beating athletes have emerged and a nation of enthusiastic amateurs have been inspired.

It would be easy to take all this for granted but none of it would be possible without the work of hundreds of thousands of tireless volunteers who make sport and recreation happen up and down the country.

So now it’s time to say a very big thank you.

The #BigThankYou campaign, now in its sixth year, offers a perfect opportunity to honour these all-important individuals. The campaign peaks during BBC Get Inspired’s Unsung Hero Award at BBC Sports Personality of the Year on Sunday 15 December.

As the hero is crowned, clubs and groups across the nation are invited to broadcast their #BigThankYou celebrations on social media. Appreciation is captured through photos, events, stories and other creative and fun ways using the hashtag #BigThankYou.

So how can you get involved?

Last year, the hashtag trended nationwide – don’t miss out on being part of the buzz this time round!

Not everyone will win regional or national awards, but it doesn’t mean we shouldn’t say thanks to them too, whatever contribution they make. Even the smallest gesture can make someone feel good about themselves and the work they do. A #BigThankYou will go a long way.