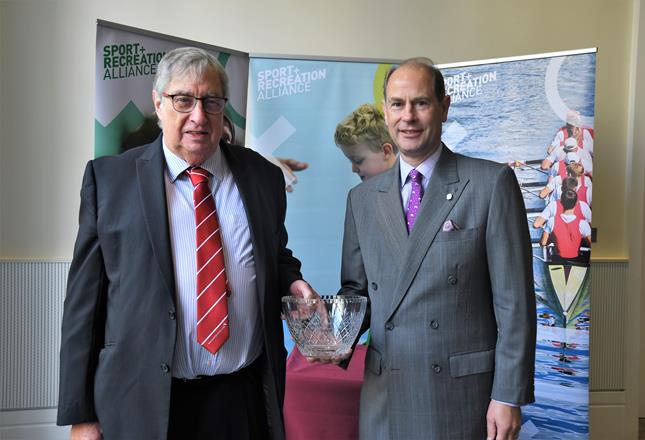 World Netball President, Liz Nicholl CBE and Badminton England Director, Eric Brown have been recognised for their outstanding service to sport and recreation at the Alliance’s 2021 Annual General Meeting.

The pair were presented with their awards by HRH The Earl of Wessex as the Alliance staged its first in-person event since the start of the pandemic.

The former Welsh netball international played 22 times for her country between 1975 and 1981, including in two World Championships.

In 1980, she took her love for the sport from the court to the boardroom when she became CEO of England Netball, serving for more than 15 years over two tenures.

During this time she was responsible for a number of achievements, including the launch of the 1988 National Youth Development Programme which aimed to get more young people engaged in netball and the inclusion of the sport in its first ever Commonwealth Games in 1998.

A move to UK Sport as Director of Elite Sport followed in 1999, and just a decade later, the former Welsh international was appointed Chief Operating Officer and then Chief Executive Officer at the organisation, where she was instrumental in Team GB’s record performances at London 2012, Sochi 2014 and Rio 2016.

Liz is now President of World Netball and is leading the sport as it builds its case for inclusion in the Brisbane 2032 Olympic and Paralympic Games.

Speaking at the awards ceremony, Liz said: "I took on all these responsibilities because people gave me a nudge as they thought I had potential and so I’ve always tried to do that to others through my career, especially young women when I've thought they had more potential than they realised.

"Today and every day I feel incredibly privileged to have been given all the opportunities and support that I’ve enjoyed throughout my career. I’m delighted to receive this award and I want to thank all those past and present who have helped me on my journey because I couldn’t have done it without you. Thank you very much indeed."

Eric Brown was also announced as our 2021 winner of the Emeritus Award, an honour that for the past decade has recognised volunteers in our sector who have dedicated their lives to helping to get the nation active.

Eric has given a lifetime of support to badminton, volunteering in a wide range of roles for over 50 years.

Our 2021 winner was Chair of the English Schools Badminton Association for 20 years until the Association was incorporated into Badminton England when he became Chair of the Schools and Youth Board, a role he continued to fulfil until his retirement from the main Board.

His exceptional work has seen over 15,000 young people, including every English player that has represented Great Britain at the Olympic Games, take part in Badminton England’s Inter Counties Tournament since 1968.

Eric is currently President of the Essex County Badminton Association and an active member in the county, running tournaments, refereeing and supporting junior development.

Upon accepting his award, Eric said: "I am incredibly proud that my achievements and service has been recognised and acknowledged. Throughout, my aim has been to create more badminton opportunities and help to develop sport, making it more appealing and accessible to all. It has been a challenge but a pleasure and I appreciate the opportunities that have been given to me.

"Badminton has been a significant part of my life. In fact, people think it is my life. I do not regret giving that time up and I have been so lucky to have been able to have worked with the Badminton England family. Thank you."

Everyone at the Alliance would like to extend their congratulations to Liz and Eric. 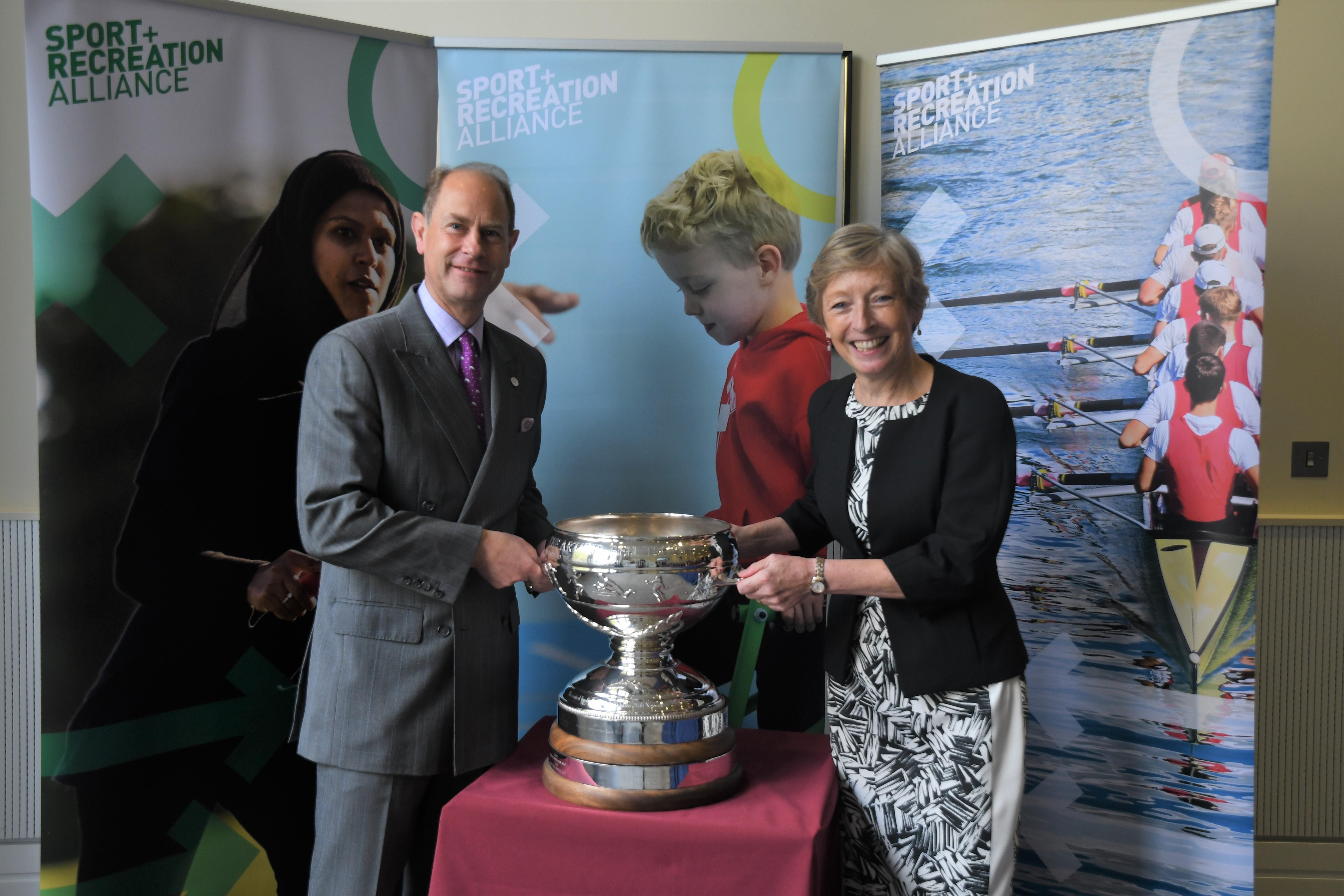