Tokyo Olympics embraces skateboard culture and you could join the ride

Skateboarding will be elevated to new heights next summer when it makes its Olympic debut at the Tokyo Games.

Complete with flips, slides and everything inbetween, the world’s most skillful skaters will descend on the Ariake Urban Sports Park to show off their jaw-dropping talents on the biggest stage of all. 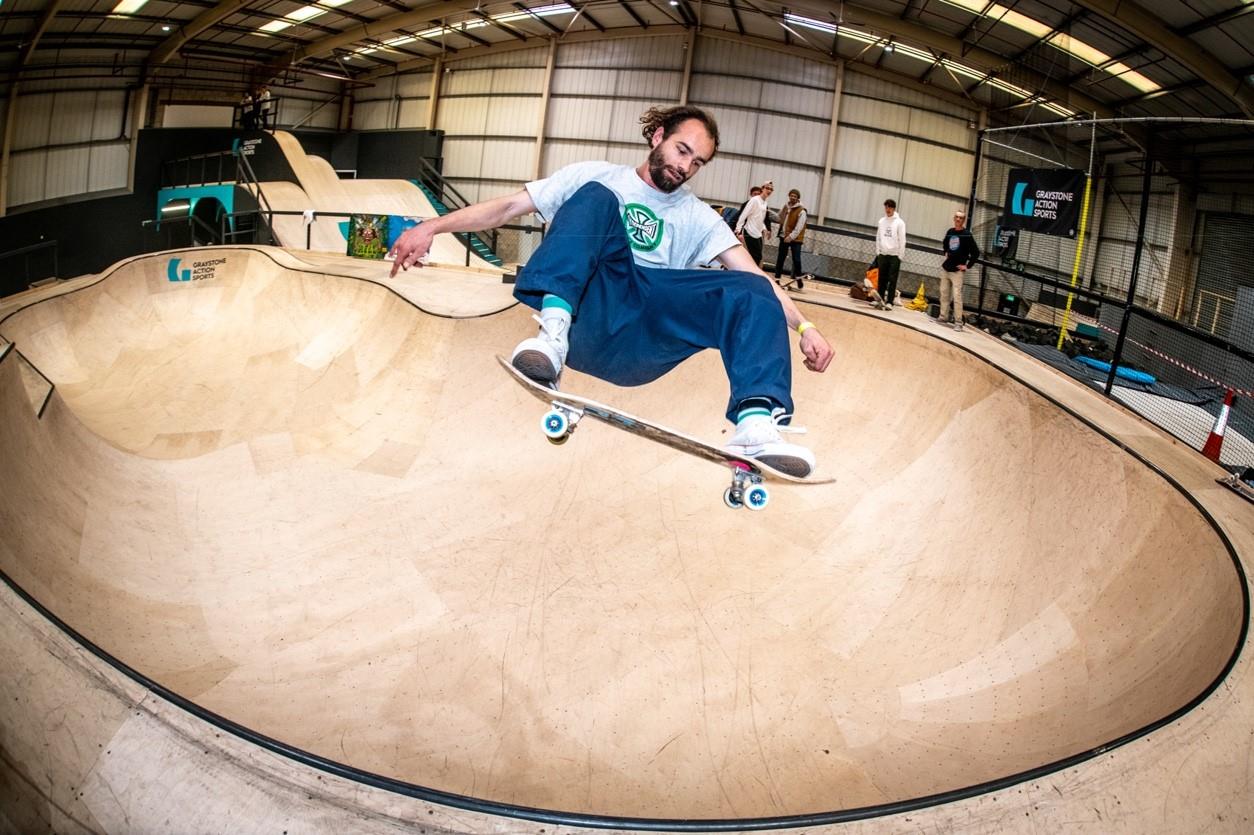 There will be plenty of interest for fans back home too. British prodigy Sky Brown has her sights set on competing at the Games, where she would be Britain’s youngest ever summer Olympian.

Skateboard England’s Chief Executive, James Hope-Gill, explains what the Olympics means for the sport and shares his tips for anyone dreaming of getting on board.

How excited are you that skateboarding will be making its Olympic debut next year?

Really excited. Inclusion in the Olympics gives a great opportunity to increase the profile of the sport which in turn should help with more people skateboarding.

We’re still in the middle of the qualification process, but are hoping that at least a couple of British skateboarders will qualify for the Games.

Sky Brown, who is currently ranked 3rd in the world, is in a really good position and if she can maintain that standard of skateboarding, then we would hope that she could win a medal. 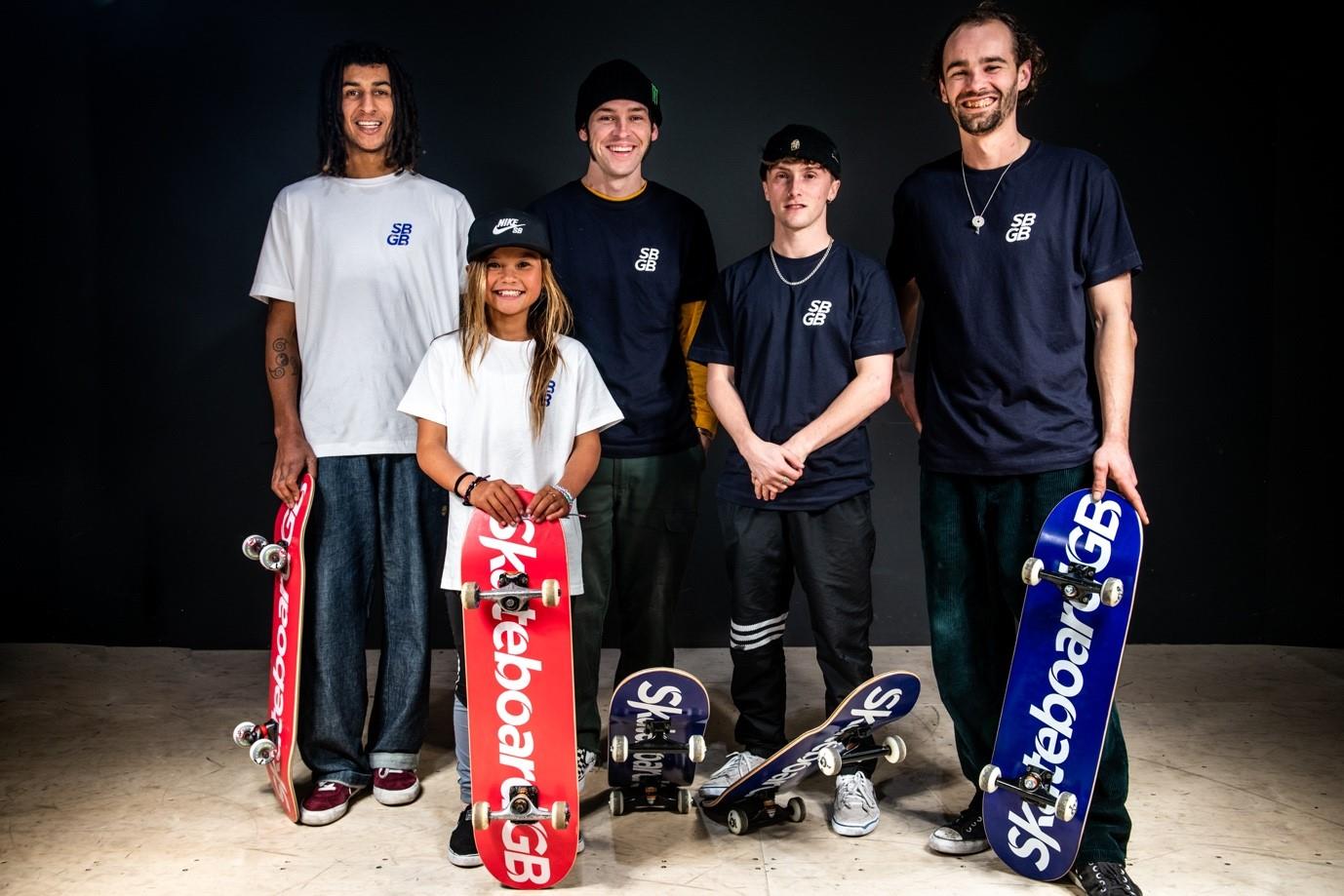 Who are skateboarding’s most successful athletes?

The most famous skateboarder in the world is Tony Hawk. Historically the most well-known British skateboarders are Tom Penny, Geoff Rowley and John Rattray. We hope to add Sky Brown to that list next year!

Practice, Practice, Practice. When you’ve mastered some good skills and tricks, then enter some local or regional skateboard competitions so that you can perfect runs and get used to a competitive environment.

And here’s some advice from Team GB star, Alex Decunha. 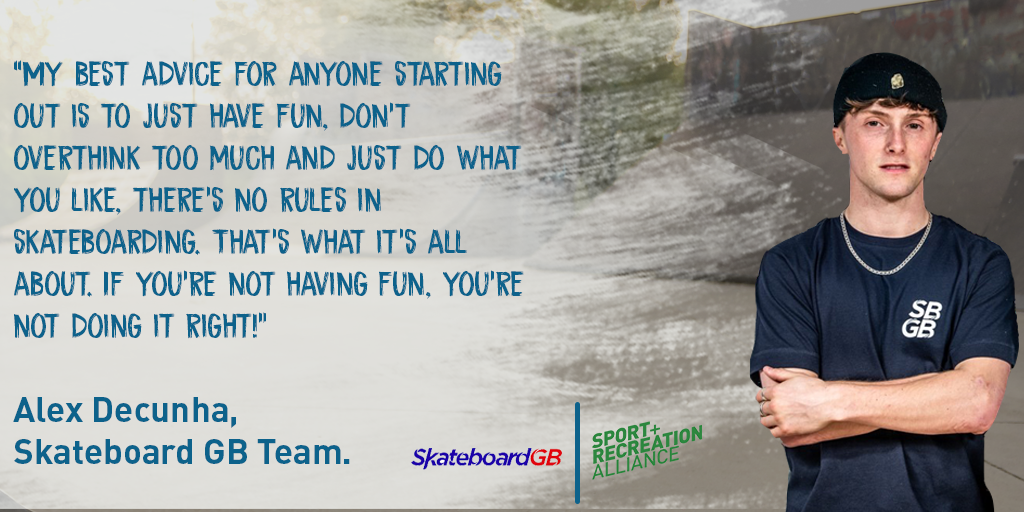 Who is skateboarding ideal for?

Anyone, literally anyone. Whilst skateboarding has traditionally been taken part in by teenagers, we see young children from 3/4 years old taking skateboard lessons, women and men of all ages skating in their local park and even families who go skating together. Skateboarding is a fantastic way to get fit as well as improve balance and core strength – it’s also really good fun!

Get in the mood!

A real skateboard (not one from Argos) and protective equipment, the rest can be learnt from practice, other skaters at your local skatepark and maybe the odd YouTube video. The best place to buy a skateboard is your local independent skate shop. They will be able to give some really good advice about what is needed and best for you.

The MySkate app lets you find your local skatepark (indoor and outdoor) so you can meet other skateboarders or book a lesson (1,500 parks across the UK listed). MySkate also lists all the independent skate shops in the UK, has a schedule of local and regional competitions as well as advice about how to start skateboarding. There is even a game where you can learn new tricks and challenge either yourself or your mates. 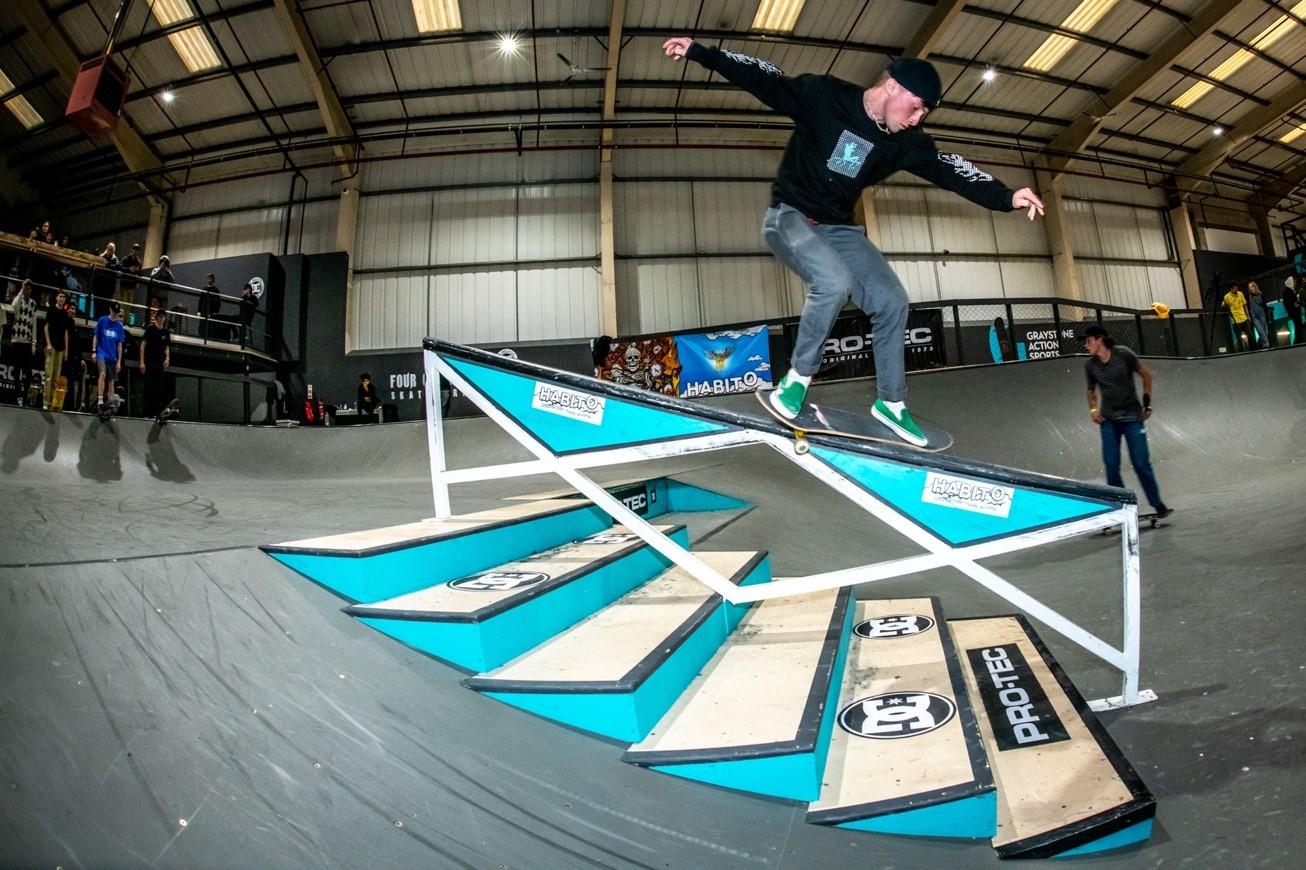