Silence is golden in five-a-side football and ParalympicsGB hope their medals will be too! 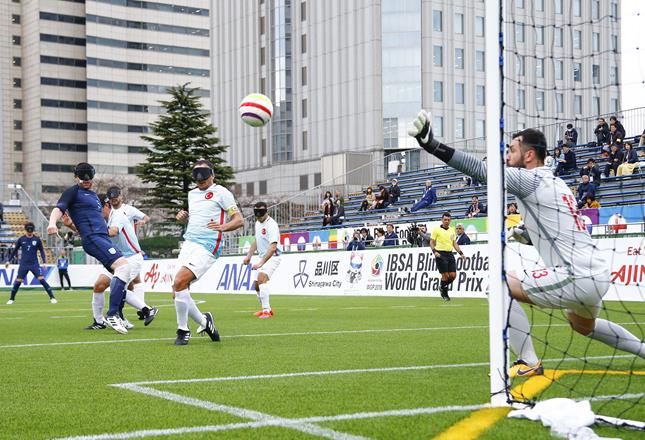 Five-a-side football may be the only sport at the Paralympics where a deafening arena is considered a burden rather than a blessing.

Played by athletes with a visual impairment, competitors rely on the sound of the ball and the voice of their guide to play the game, meaning optimum acoustics are essential.

The result is a highly skilled, enthralling sport that’s unique nature has been gripping fans all over the world ever since it first appeared on the Paralympic programme in Athens in 2004.

Brazil have dominated the competition right from the start, having won the gold medal in all four stagings so far.

But Britain are out to change that and we had the pleasure of sitting down with GB and England Head Coach, Jonathan Pugh to learn more about this extraordinary adaptation of our most popular sport.

What do you hope to see from ParalympicsGB in Tokyo next summer?

By competing across a wide range of events, and hopefully challenging for more medals than ever before, ParalympicsGB can continue to be seen as a major force in the world of elite sport and inspire the next generation of Paralympic athletes.

What can fans expect when watching blind football?

Whether the spectators in attendance support the team or not, each and every goal is always greeted with a spontaneous reaction that is a mixture of joy, amazement and disbelief!

For me, any player who has represented ParalympicsGB in football is a success. The amount of effort that it takes to get to be one of the best in Great Britain should not be underestimated. 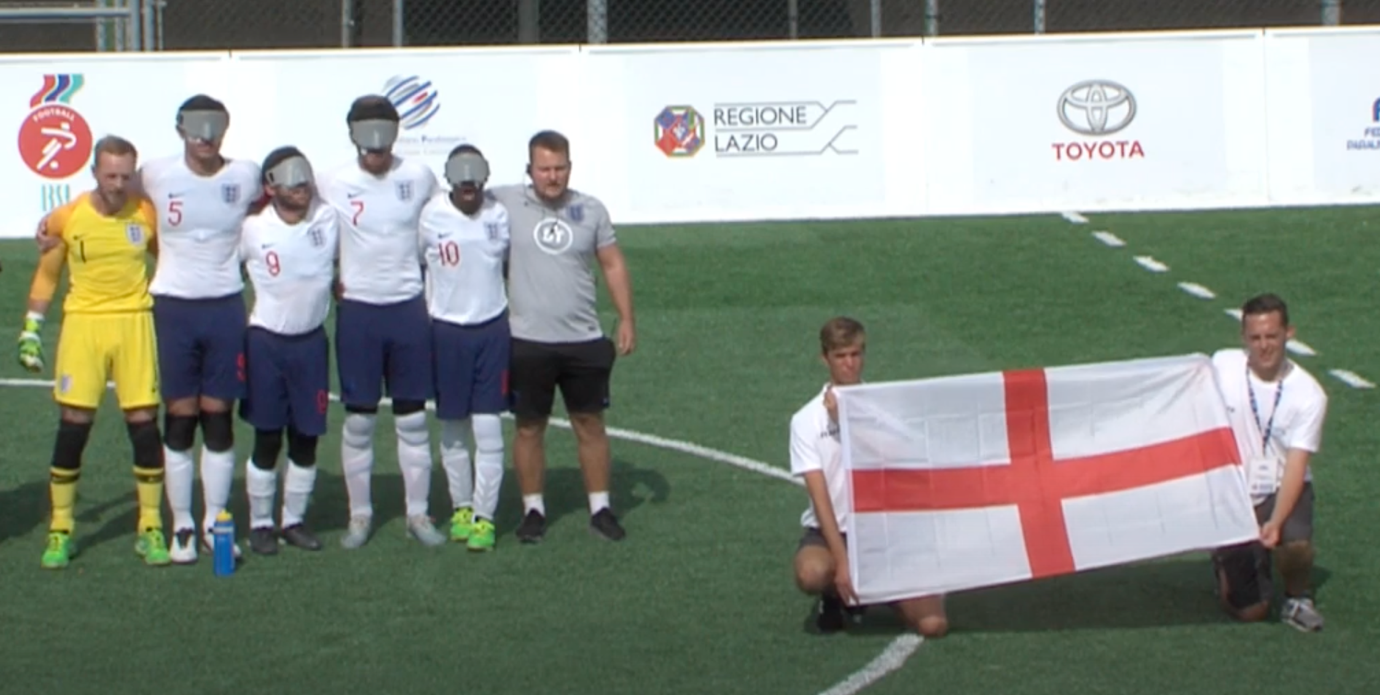 Who is disability football ideal for?

Football isn’t just for those who can perform at the highest level as there is a format of the game for everyone. No matter your level, there is a playing opportunity through the Blind National League or through your local County Football Association.

Find some safe space, get a ball, play and enjoy! It’s as simple as that. We have help and support at all levels of the game, so you can play as competitively or recreationally as you like. If you’re looking for a club, visit The FA website or contact The FA’s Performance Manager, Jeff Davis, who will be able to signpost you to an opening that best suits you.

Being involved in disability football gives so many different things to different people. Whether you are looking for competition, enjoyment, a healthier and more active lifestyle or independence, the benefits are huge - and you can do all this whilst making new friends along the way.

Daniel English, England Blind Squad captain said: “I have been involved in various sports from a very young age, but being a football fan, I fell in love when I tried playing the game in 2008.

"From that moment on, there was no stopping me. I knew that I wanted to be a professional and began to work extremely hard to make my dream come true.

"Finally, in 2012, I became a full-time footballer as part of The FA programme, but it didn’t stop there. My hard work was rewarded further in 2017 when I became captain of our team” 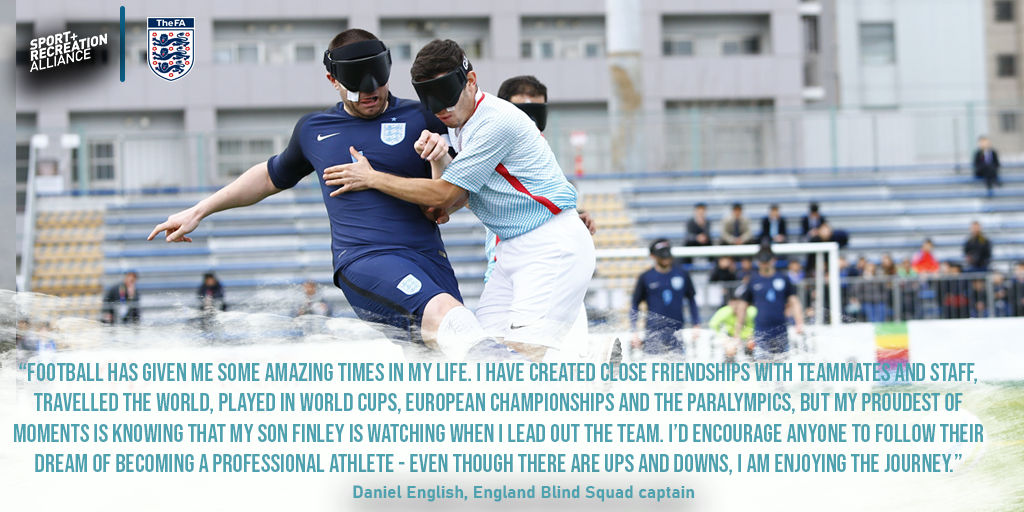 Do you have any advice for someone dreaming of becoming a football Paralympian?

To turn those dreams into reality, talent is not enough. You need to add a mixture of strong will, dedication, commitment and hard work. However, probably most of all, you need to learn how to use those attributes to inspire yourself and enjoy competing at the highest level.