As the Paralympic Games get underway in Rio, we asked Karen Tonge MBE, Chair of British Para Table Tennis, what she hopes the GB Para Table Tennis team will achieve and how people can engage in the sport back home. 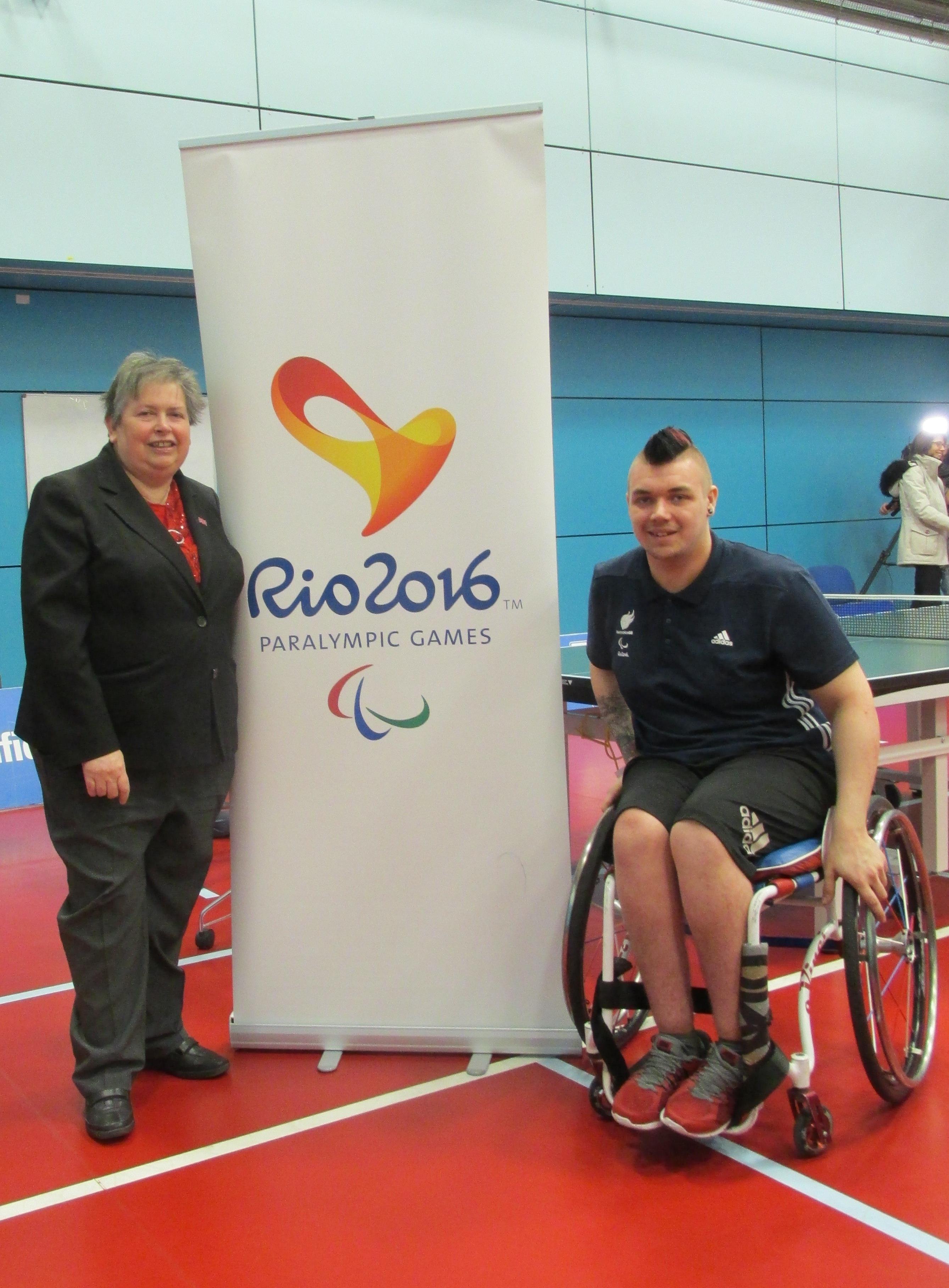 What are your hopes for the GB Para Table Tennis Team in Rio?

The 13 GB players selected for the 2016 Paralympic Games are a well prepared team thanks to UK Sport and National Lottery Funding. The team should peak at the correct time. They have the talent, pride and the determination and we’re hopeful for a successful Games.

Did you see an increase in interest and participation in Para Table Tennis as a result of London 2012?

Since winning four medals in London 2012 the GB Para Table Tennis Team has gone from strength to strength, taking a record 11 medals at last year’s European Championships in Vejle, Denmark. The team boasts a World champion in Will Bayley and a double European champion in Rob Davies among its brightest prospects for Rio.

Thanks to an increase in funding from the National Lottery the GB team now has a thriving Pathway and Development programme in addition to its Performance Squad. This is giving promising young players the opportunity to compete internationally and gain valuable experience against top level opposition. The success of the programme was illustrated at the European Championships in 2015 when three players who have come through the Pathway Squad - 23-year-old Tom Matthews, 17-year-old Billy Shilton and 16-year-old Megan Shackleton - all won medals at their first major championship.

With a series of Talent-ID events across the UK the GB team is already searching for talented players who could be part of the team in Tokyo and beyond.

What would you say is the most important thing clubs can do to encourage participation in Para Table Tennis and disability sport in general?

Clubs can encourage young people who already play to come along with their friends from school and college. You don’t have to be an elite athlete to enjoy table tennis. It is a great way to burn calories and get fit; it improves reflexes, balance, coordination and both mental and physical agility. It is also a very social sport, which makes it great for making friends and because it can be played by people of all ages, it is a perfect activity for families and friends.

Equally, if somebody is interested in taking up Para Table Tennis but doesn’t know where to start, where can they go for help?

People can also visit the BTTAD website for information on competitions and membership.

Finally, what inspires you to #TryYourKitOn and get active?

Helping others to succeed in their chosen sport and be the best they can inspires me to be active. Sport has the power to change lives and nowhere is this illustrated more powerfully than during a Paralympic Games. As one of the 22 sports that will feature in this year’s Paralympic Games in Rio, table tennis is one of the most inclusive sports for people with a disability. At competition level there are 11 different classifications: 1-5 for those competing in wheelchairs, 6-10 for those who play standing and 11 for standing athletes with an intellectual disability. I’d urge anybody interested in engaging in sport to #TryYourKitOn, pick up a paddle and give table tennis a go!