Interview with an Olympian

We caught up with Canoe Slalomist and Team GBs Fiona Pennie to ask about her Rio experience, how she got in to sport and what she'd say to encourage others to participate.

Having experienced a great deal throughout our 11 weeks in Rio and over the eight months prior in the build-up to the Olympic and Paralympic Games, we were not too sure what to expect after the Opening Ceremony.  As it turned out, it was a fantastic experience throughout.  As athletes, we felt safe, welcome and part of arguably the greatest sporting event on this planet.

The atmosphere in the TEAM GB residential block was very united and felt very homely; a stark contrast to the dining hall that was the size of four football pitches just five minutes’ walk away - but gradually even that became normal.  So much so that after four weeks of being cooked for and eating off plastic plates, coming home and having to cook for myself and do my own washing up now seems a little alien! 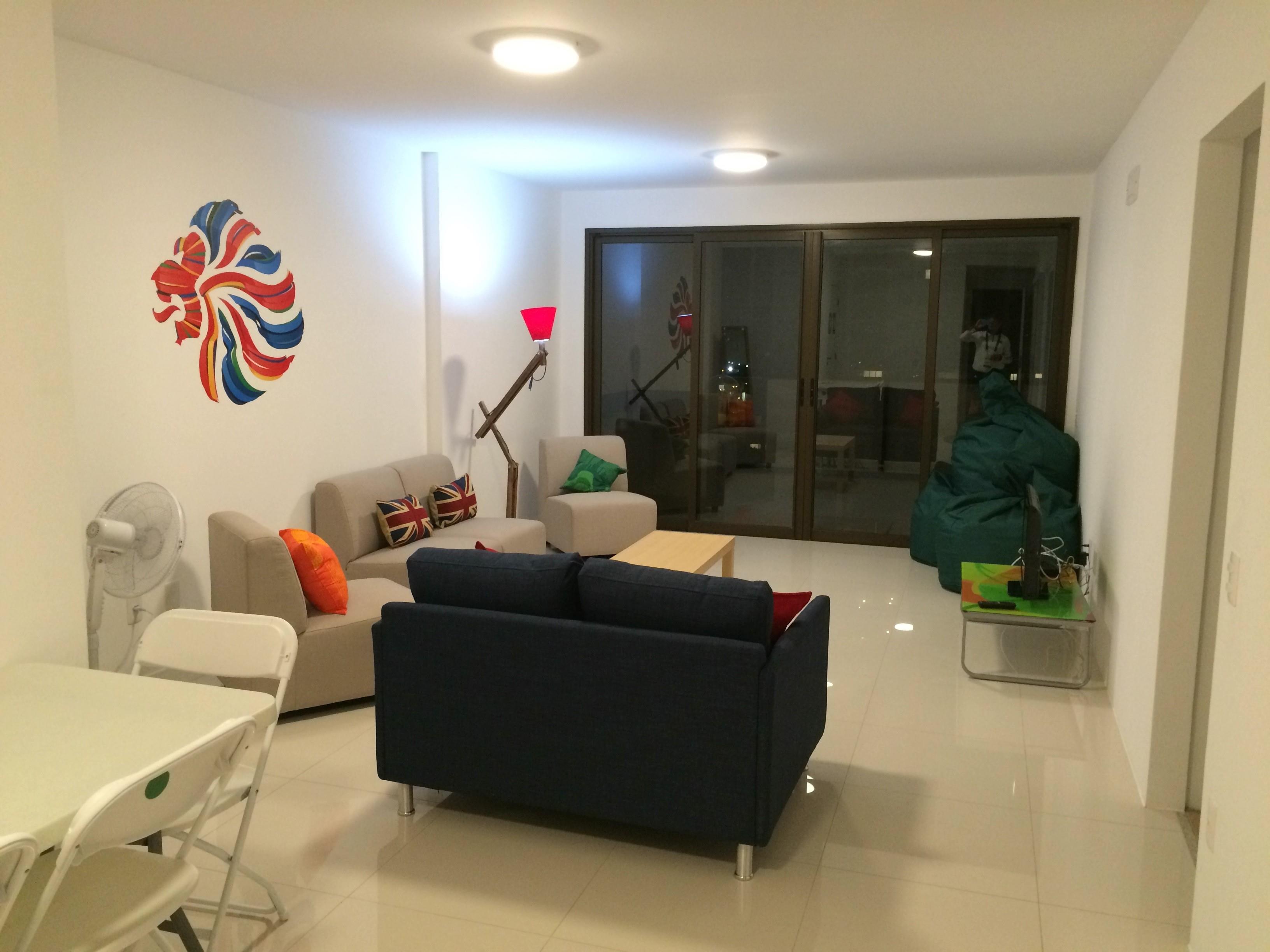 As for my event, the canoe slalom, I felt quite relaxed going into the race.  We were the most prepared nation bar the Brazilians themselves, having maximised the training opportunities available on the whitewater course. I was excited to get going and even more inspired after marching out into the Maracana Stadium during the Opening Ceremony.

Many would think I would be really nervous at the biggest race of my life.  In fact it seemed like just another race and I was able to attack it without fear.  Progressing through qualifying in third and then finishing the semi-final in second, things were looking to be in my favour. In the end it wasn’t to be my day, and such is the sport of Canoe Slalom.  The slightest of positional errors can change everything. For me, that was a mixture of the wind moving the poles and me incurring a freak two second penalty with the BACK of my boat hitting the pole once I had already gone through it. I ended up in sixth place knowing I had given it everything, but disappointed all the same.

Following my racing, I was able to enjoy the remaining 12 days of Olympic competition. I was so lucky to witness five TEAM GB gold medal winning performances in Athletics, Canoe Slalom, Triathlon, Canoe Sprint and of course the enthralling Women’s Hockey final.  Added to this I watched Handball, Beach Volleyball on Copacabana Beach and the BMX.  The Closing Ceremony quickly came around leaving everybody, including myself, already thinking about the next four years going into Tokyo.

How important is it to have a strong team behind you and the Games? (thinking of the role of coaches, volunteers etc.)

The ‘team behind the team’ were fundamental throughout the whole process leading up to the Rio Games. From the volunteer coaches building the foundations during my younger years, the support staff who have been part of the process for the last six or more years, right through to the TEAM GB staff whom I only met when I walked into the Olympic Village,  each had a major part to play.  Obviously, my main coach, Mark Ratcliffe, guided me every day for the last four years, but even the support from the volunteers who helped with the smallest of day-to-day tasks in the TEAM GB block was crucial for our preparation.

How did you get into kayaking?

My mother was a Canoe Sprint paddler and she had me in a boat when I was just a few months old!  She then taught me to paddle my very own kayak around at the age of five and by the age of nine, I was hooked on Canoe Slalom having taken part in a taster slalom. 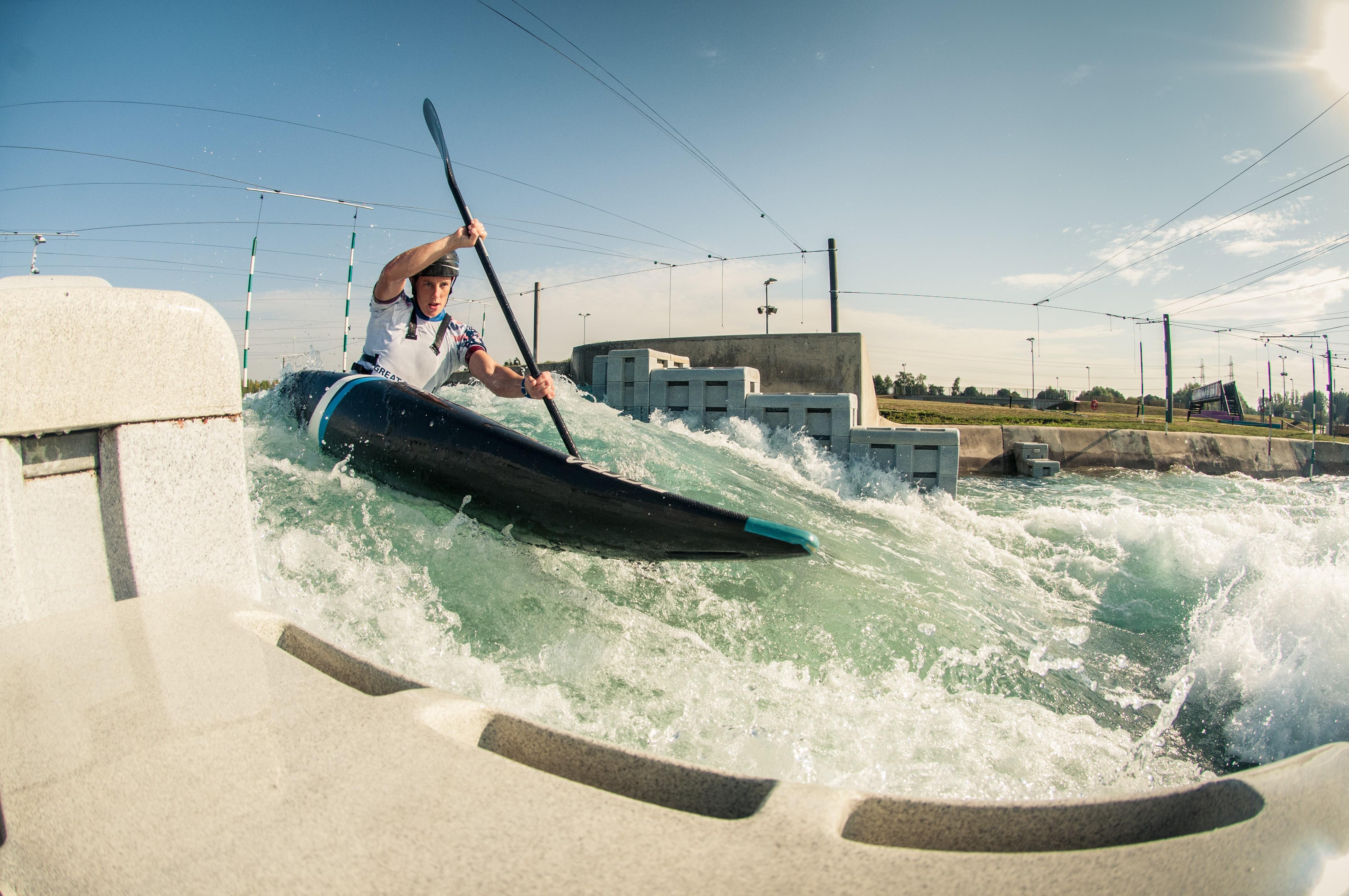 Aside from kayaking what other sports/activities have you tried?

I was into all sports at school, as well as skiing and golf, but gradually my commitment to canoeing left little time for other sports.  The one other sport that really stuck though was hockey, which I only picked up again following London 2012 when I joined Waltham Forest Hockey Club.  I was keen to get involved in a team sport to make some friends away from canoeing.  I absolutely love the camaraderie and being able to work towards a common goal.  It all helps towards my fitness for paddling as well!

What would you say to people inspired by the Olympics and Paralympic Games to encourage them to get active?

The Olympic and Paralympic Games are so inspiring because the heroes and heroines are just normal people from normal backgrounds.  They just so happen to have picked up a sport, loved it and stuck at it to be good at it too.  Everybody can have a taste of that enjoyment for a sport, the thrill and sense of achievement it gives you.  It’s easy to give so many sports a try.  The national governing body for a sport will have details of who to contact and where you can try their sport in your area.  It doesn’t matter if you’re an Olympian in the making or just looking to just participate occasionally; everybody is as welcome as the next to give it a shot.