Find joy in the journey with British Canoeing 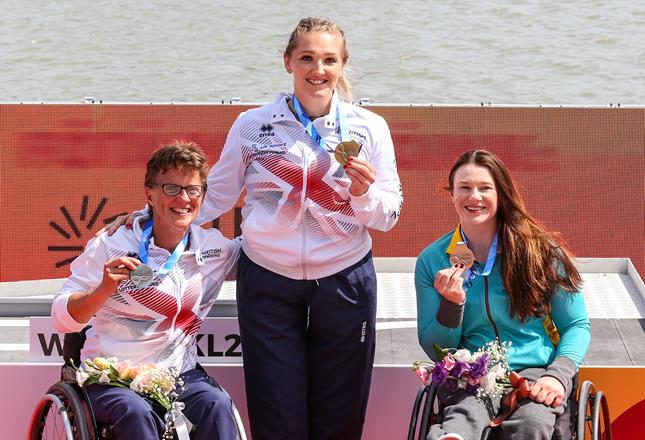 Things could hardly have gone any better for ParalympicsGB when paracanoe made its Paralympic debut at Rio 2016.

The British team won five out of a possible six medals available as Jeanette Chippington, Emma Wiggs, Anne Dickins, Nick Beighton and Ian Marsden all carved their names into history.

With the level of competition increasing worldwide and the exciting new addition of the va’a category, Tokyo 2020 is set to be another ground-breaking year for the sport.

We sat down with British Canoeing to talk about the upcoming Games, paracone’s biggest stars and why everyone should get involved in the sport, rain or shine.

What are your ambitions for ParalympicsGB going into Tokyo 2020?

British Canoeing’s Paracanoe team has been working towards their Project 9 ambition as they go into the Paralympic Games in Tokyo.

Project9 represents the nine paracanoe events at the Paralympics - three more than Rio 2016 – and their aim is to have an athlete compete in each of those events next year. This is underpinned by its ‘Succeed As One’ motto which promotes the message that everyone in the squad has a part to play in delivering Project9.

To date, the team has qualified seven of the nine spots available, and are hoping to secure the final two places in May 2021 at the Paracanoe World Cup in Hungary. 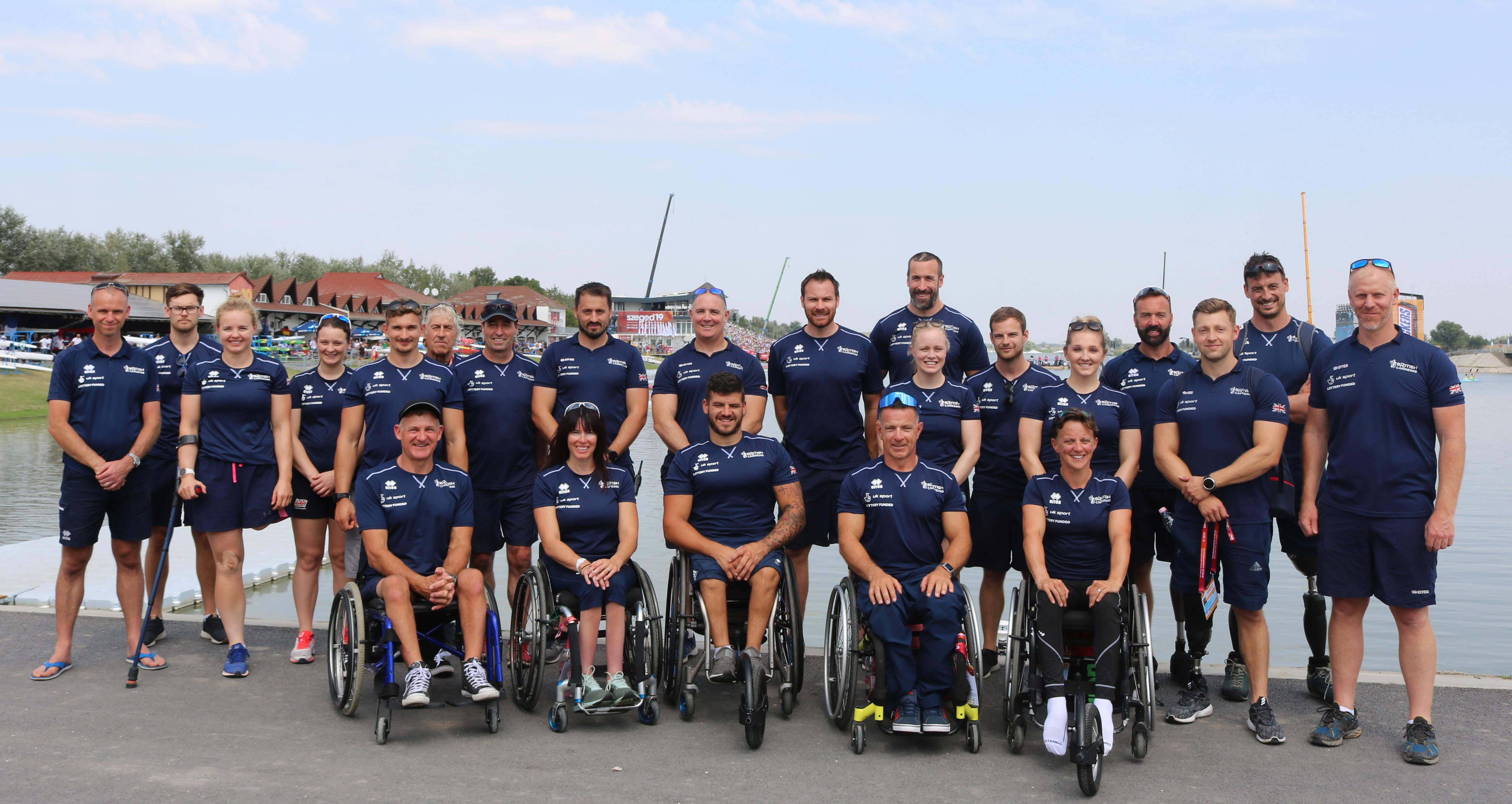 Emma Wiggs MBE – Emma has won everything there is to be won in the sport of paracanoeing. She is the reigning Olympic and European Champion in the KL2 200m event and the reigning VL2 200m World Champion.

She has won a total of eight World Championship titles and an incredible six European Championship gold medals. In 2017 Emma achieved the Paracanoe 'Grand Slam' holding the Paralympic, European and World titles within a sporting calendar year.

Jeanette Chippington MBE – Jeanette became Paralympic Champion in the KL1 200m at Rio 2016 and in 2017, she too achieved the Paracanoe 'Grand Slam' in the KL1 200m event.

Since starting to compete internationally back in 2012, Jeanette has brought home 28 international medals across seven years of competing, making her not just one of Britain’s most successful paracanoeists, but one of the world’s best in the sport.

Who is paracanoe ideal for?

Recreationally, paracanoe is ideal for anyone who loves the outdoors and wants to see nature from a different perspective, but also an excellent way to exercise and get fitter and stronger. Even in the bad weather, the water is an incredibly beautiful place to take in all the wildlife and nature. It helps with mental health and it helps with physical wellbeing.

Paracanoe is also great for anyone who likes the idea of a speed and power sport on the water, who wants to be part of a world-class team and who is prepared to train full time at the high performance centre in Nottingham.

Rob Oliver, 2016 Paralympic star, offers a few words of wisdom for anyone who may be reluctant to take to the water. 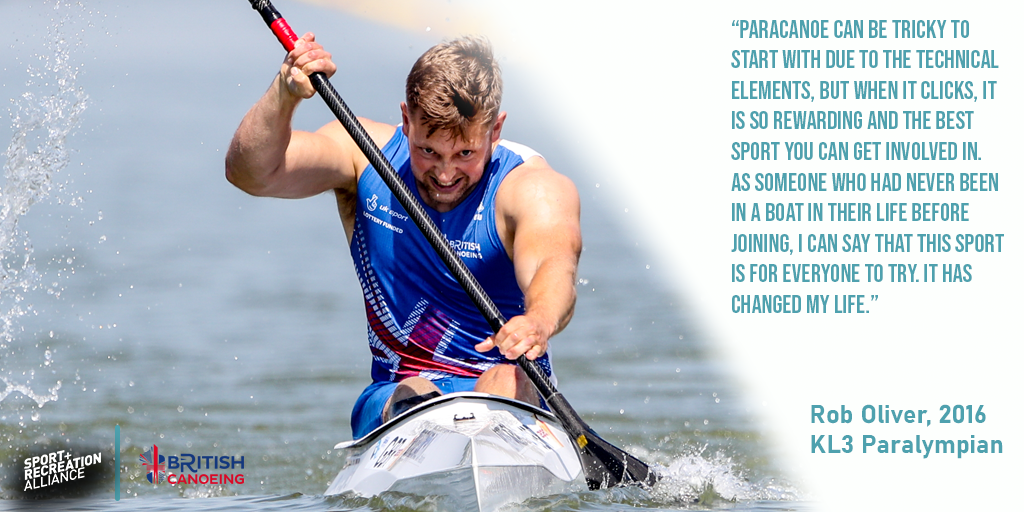 A great way to get started is to get involved in a club. Paddle-Ability clubs and centres offer dedicated support for paddlers with a disability. They can help with supplying equipment and access to water, as well as lots of guidance and activities to get you started. Some clubs can also provide coaching to help with those first strokes on the water.

British Canoeing's Paralympic Programme is always looking for the next generation of paddlers to join them as they look to the future. With further events being added to the Paralympic Games at Tokyo 2020, there has never been a more exciting time to join the programme.

To race you will need a national classification in at least one of the following; KL1,2,3, or VL2,3. We can often give you an idea beforehand of the classification and event you are likely to fit in.

Once you have a national classification, you will often have to hit a minimum standard time to then be able to race in paracanoe events.

Paracanoe will not only increase your confidence on water and improve mental health but also, you’ll find a whole new environment to enjoy.

If the competition is what draws you, there is a fantastic chance to be part of a world class team with world class coaches and staff who want to develop you as an individual as well as an athlete.

Working with the wonderful team at the high performance centre in Nottingham, you could get the opportunity to train six days a week in an increasingly popular sport with the chance to compete internationally and represent your country. 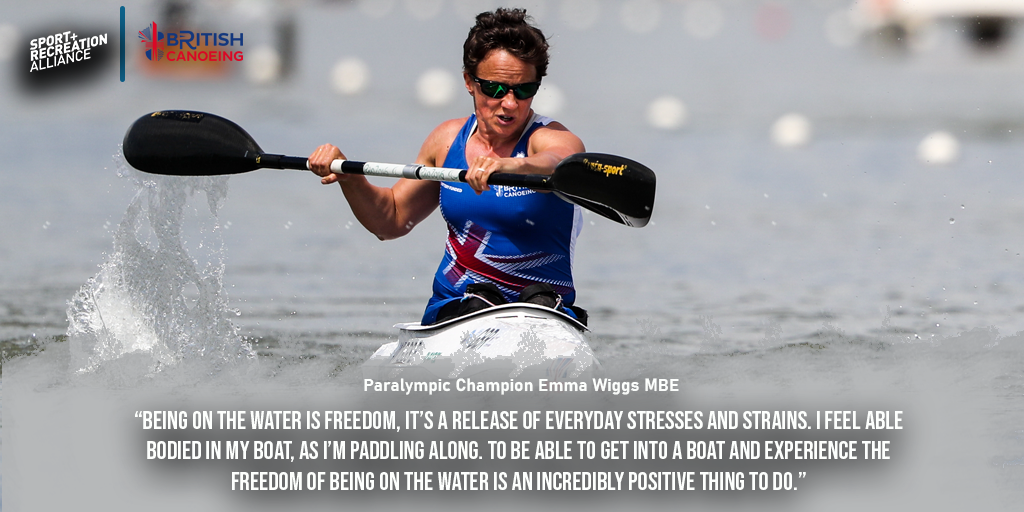