Britain find their match in the equestrian arena 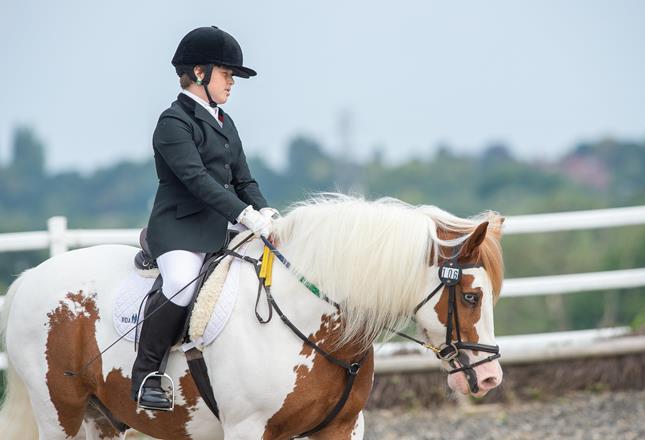 Para dressage, Great Britain and the Paralympics have an indivisible bond.

Since para equestrian was first included on the Paralympic programme in 1996, Britain have claimed an incredible 56 medals, a quarter of those on offer.

Remarkably, ParalympicsGB have never been beaten in the team event, making the sport one of the nation’s most successful Paralympic disciplines.

British Equestrian tell us more about dominating the world circuit, the sport’s biggest stars and why everyone should jump in the saddle and give it a go.

Some of Britain’s most successful Paralympic stars are:

What are some of equestrian’s greatest Paralympic moments?

At London 2012, a young Sophie Christiansen became one of the faces of the Games with three truly memorable performances to take triple gold, and her infectious smile lit up the iconic Greenwich arena. This was a feat she went on to emulate at Rio four years later.

Here, the Paralympic gold medallist sums up what the sport has given her. 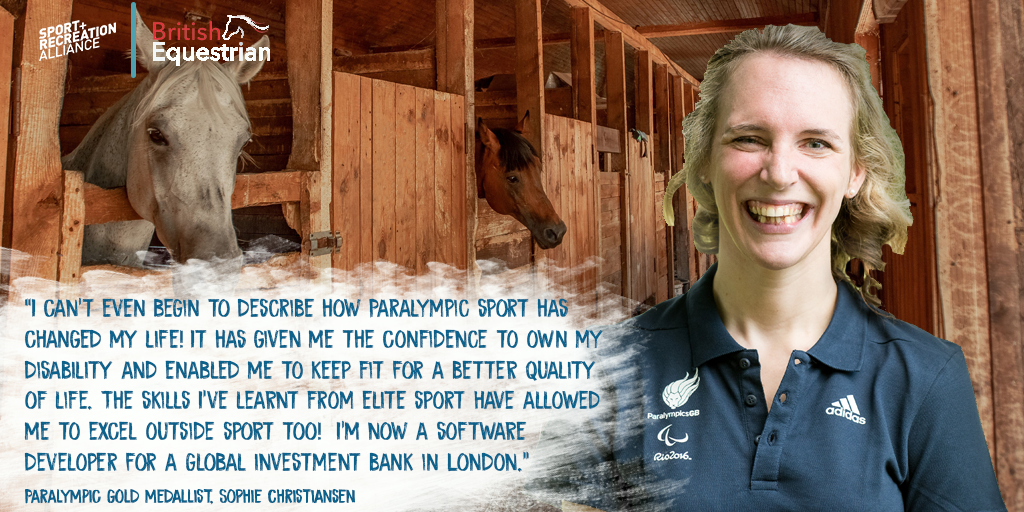 At Rio 2016, Sir Lee Pearson was chosen as the flag bearer at the opening ceremony, following a vote by his fellow athletes. It was great to see a spotlight being shone on para equestrian sport, and an acknowledgement of all that Lee has done for Paralympic sport.

What are your ambitions for ParalympicsGB going into Tokyo 2020?

The ultimate goal for the Paralympics is to continue our fantastic run of success at Paralympic-level as we’re unbeaten since the sport’s Paralympic debut in 1996. Para equestrian has become increasingly competitive since then, though, and there are a number of nations hot on our heels, including the Netherlands and the USA, so it’ll be a closely fought competition. However, the most important thing is that our human and equine athletes are able to compete to the best of their abilities, which will require careful planning and preparation.

Who is horse riding ideal for?

Everyone! Riding is a sport that can be enjoyed by people of all ages, abilities and backgrounds. It’s the seventh largest disability sport in the UK and over 30,000 people take part every week. What makes equestrian sport unique is that you’re training and competing alongside an equine partner, with the focus on what you’re able to achieve together rather than categories such as gender. 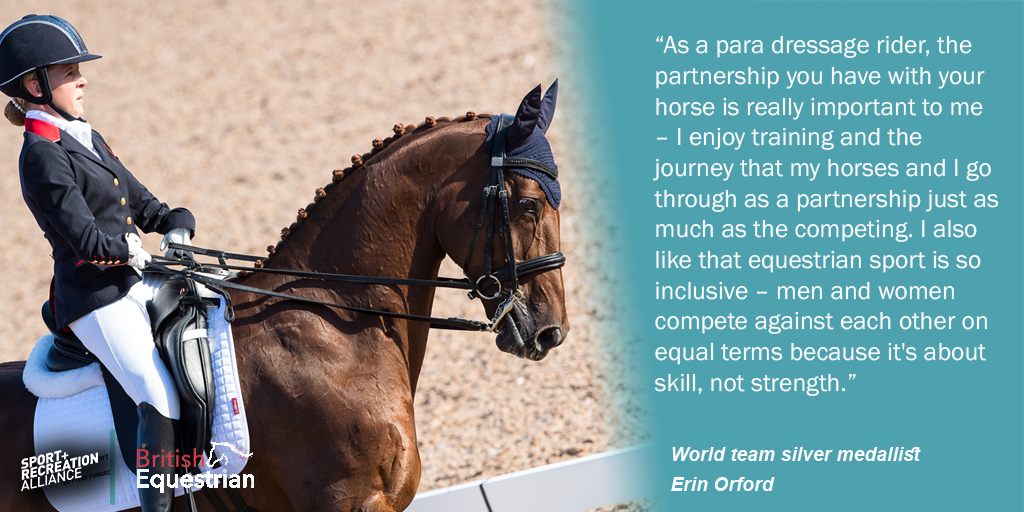 Riding for the Disabled Association (RDA) is one of British Equestrian’s member bodies, and it’s a great place to start your para equestrian journey. They have over 500 groups across the country, which are equipped to help people with physical, learning and sensory disabilities to enjoy time with horses. In addition to riding, they also offer carriage driving and vaulting (gymnastics on horseback). Many groups have had to temporarily cease operations or offer a reduced service as a result of coronavirus restrictions, but there are still ways you can get involved from home.

Many take up riding as a therapy to help with their disability but once you’ve established the basics of riding, you may be ready to start competing. The first thing you’ll need to do is get classified.

There are five classification grades for para dressage, which determine the complexity of the movements that riders perform with their horse – Grade 1 is for athletes whose impairment has the greatest impact on their ability to ride, through to Grade 5 for athletes with the least impact.

British Equestrian runs the Para Equestrian Entry Programme, which is a training initiative designed to help young riders make the next steps towards competing at affiliated competitions run by British Dressage.

With passion, hard work and a bit of good fortune, you can progress through the levels and eventually make your way onto the British Equestrian World Class Programme, where you can set your sights on a Paralympic Games. 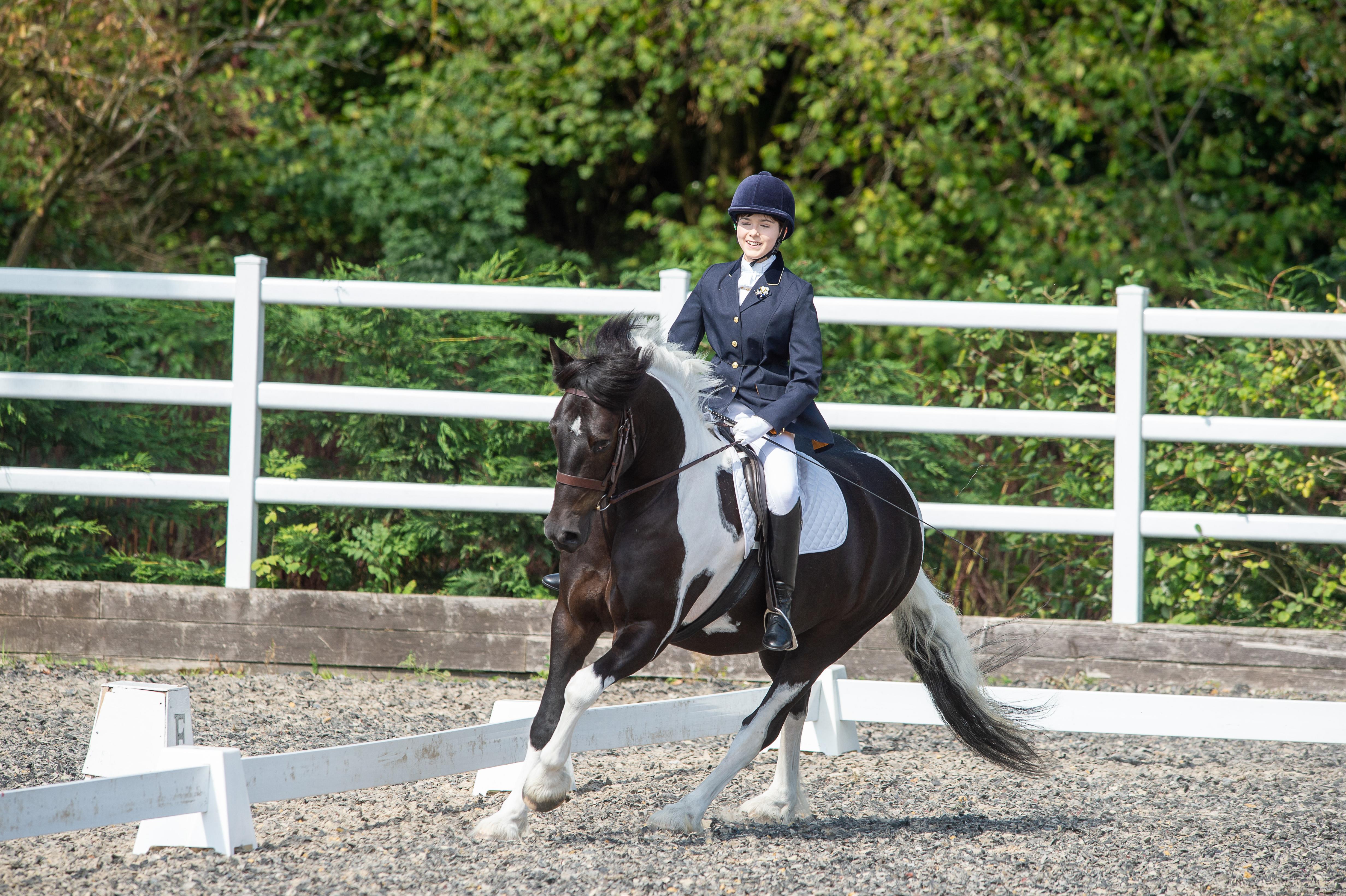 All images by Jon Stroud Media.