A tribute to HRH Prince Philip: Former President of the CCPR and Sport and Recreation Alliance 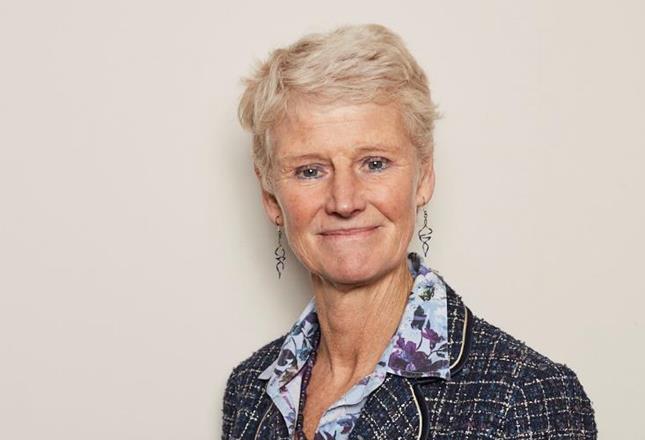 Following the sad news of the passing of His Royal Highness, The Duke of Edinburgh last week, Sport and Recreation Alliance Vice President, Brigid Simmonds OBE leads a tribute to the man who served as our President for more than half a century.

Brigid was the last Chair of the Alliance to serve while Prince Philip was President. In this piece she shares her recollections of that time and chronicles the Duke’s active involvement with the organisation for 58 years.

HRH Prince Philip was patron of 700 plus organisations, but few enjoyed such active involvement and engagement. I remember one major and prominent national health charity asking me how we managed to encourage his interest and I could only reply that he had a deep seated and passionate interest in all that the Sport and Recreation Alliance did, but also in the fundamental principle of recreation, its importance to all generations and the leadership and confidence it inspired. He also supported the vital role of volunteers in sport, without whom so much sport would not take place in this country.

HRH Prince Philip became President of the CCPR at our AGM in 1951. At that stage the CCPR had been in existence since 1935. It was one of the few organisations which remained active during the Second World War, and it founded and operated the national centres for sport at: Bisham Abbey, Lilleshall, Plas y Brenin, Harrison’s Rocks, Crystal Palace, Cowes National Sailing Centre, the National Sports Centre for Wales and Holme Pierrepont the National Water Sports Centre in Nottingham.

There were however to be structural changes in sport. In 1965 the Government announced their decision to set up a Sports Council which was established in 1972. It was suggested that as part of these changes, responsibility for the National Centres should move to the Sports Council. If it had not been for the direct intervention of HRH, the CCPR would probably have ceased to exist. His insistence that annual operational funding for the CCPR to provide an independent voice not just for sport, but recreation was vital, allowed the CCPR and now the Sport and Recreation Alliance to survive and provide the services and voice which it does today.

He also oversaw the establishment of the British Sports Trust which ran the Community Sports Leaders Award. HRH Prince Philip became their President too and today they provide over 100,000 young people each year with the opportunities to develop their skills through their qualifications and Awards. They became independent of the Alliance in 2002 as Sports Leaders UK.

Much has rightly been said this week about the Duke of Edinburgh's Award. In some senses his interest was linked to this as the focus on recreation at the Alliance distinguished it from other sports bodies (rambling, caravan club, gliding, mountaineering, movement and dance) which he saw as vitally important. Not that he did not appreciate the work of the governing bodies of sport from football to rugby, cricket to angling, archery, or badminton and baseball. What he saw and understood was the fundamental benefits of the Alliance as an umbrella body which captures their knowledge, experience and resources and provides everyone with an opportunity to take part in enjoyable and healthy physical activity. He was keenly aware that the majority of Alliance members are not publicly funded.

HRH Prince Philip always looked forward not backwards. He met regularly at Buckingham Palace with the Alliance Chairman, Deputy and CEO. He presided over the AGM at St James’s Palace every year and then spent time talking to members, understanding their issues. For many years he attended a dinner with the small group of Vice Presidents of the Alliance, many of whom were of his generation. Here he relaxed and obviously felt very at ease.

His interests extended to the details of our ways of working. I still have the letter he wrote when the CCPR was renamed the Sport and Recreation Alliance in 2010. We had just been to see him to explain the changes to the Articles of Association for the Alliance. He had a few concerns, including offering the CEO voting rights at the Board meeting, but more importantly, that there was no age limit for Directors – he suggested it might be set at ‘say 70’.  By that stage he was of course 85!

Not only did HRH attend a dinner held by the Alliance to mark his 50 years as President, but when he retired as our President in 2009, we held a sporting tribute to Prince Philip at a dinner in London. HRH had a great sense of humour. When introduced to Jonathan Agnew, host of ‘Test Match Special’, HRH complained with a twinkle in his eye, that he did not listen because they did not give the score. Jonathan replied that all he needed was a button in their box which alerted them when HRH turned on his radio and then of course, they would give the score!

The Alliance owes a huge debt of gratitude to HRH Prince Philip, but also now to his son, HRH the Earl of Wessex our current President, who has followed so enthusiastically in his footsteps. Both have understood and appreciated the work of the Alliance in areas from mental health to governance, from equality to safeguarding, but above all as an independent voice for sport and recreation.

HRH Prince Philip was our President, guide, activist and leader. He understood and was fully committed to the provision, protection and promotion of sport and recreation. We owe him a real debt of gratitude and will always remember that without him, the Alliance and our 400 plus representative and honorary members might not be here today.