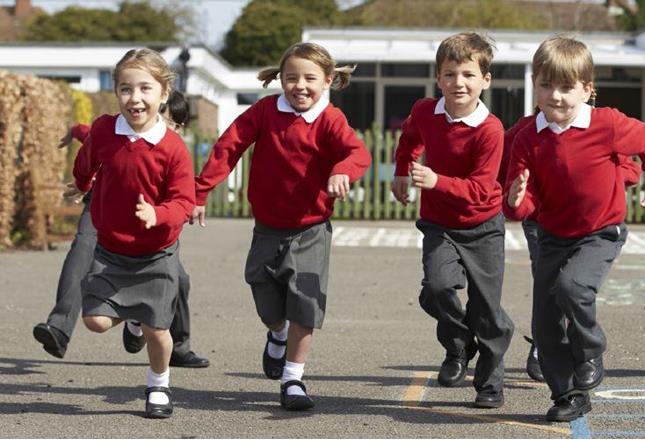 With the release of the Government's Childhood obesity strategy: a plan for action, chapter two. We caught up with The Daily Mile Foundation to find out about their initiative to get more children and young people active during the school day.

Elaine Wyllie founded The Daily Mile in 2012 when she was head teacher of St Ninian’s Primary School in Stirling, Scotland. She had become concerned about the lack of fitness in her students. Within just four weeks, fitness levels had dramatically increased, attention levels and behaviour in class improved and parents commented that their children were more active and alert, and were sleeping much better.

The Daily Mile is a social activity where children run or jog at their own pace in the fresh air with friends. Children can walk to catch their breath but should aim to run or jog for the full 15 minutes.

The initiative has received local and national recognition. In 2015, Elaine was awarded the Pride of Britain Award for helping to tackle obesity in her local school. In 2018 The Daily Mile was awarded the Children and Young People Award at the London Sport Awards for their work with 187 schools in London.

Every day three quarters of a million children run The Daily Mile which equates to over 4,500 schools taking part. The initiative is growing every day and has expanded to 31 different countries across the globe.

Following this success in primary schools, The Daily Mile launched their ‘Fit For Life’  programme for older children and adults. This version of The Daily Mile is aimed at everyone from the age of 11+ and includes the secondary school / college / university sector.

Research carried out by the Universities of  Stirling and  Edinburgh in 2018 concluded  that The Daily Mile is an “effective intervention” which helps boost activity levels in class. The research also confirmed that the initiative improves fitness and body composition with increased time spent active per day, decreased time spent sedentary per day and increased running performance.

Fitmedia Fitness, in association with the London Playing Fields Foundation, evaluated the impact of doing The Daily Mile every day at Coppermill Primary School, London, for 12 weeks. The study showed that the average percentile raise was 27%, and also improved self-esteem, physical self-efficacy, wellbeing & satisfaction.

To find out how to get your school or organisation involved in The Daily Mile click here.

If you have a case study which highlights how you've used sport or physical activity to positively engage with your local area, please get in touch with aburgess@sportandrecreation.org.uk.