Grassroots heroes given chance to shine at Alliance awards 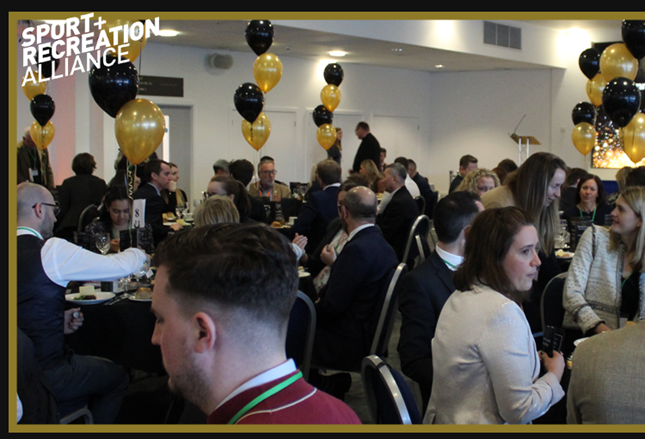 The Awards celebrated initiatives in areas such as youth development, mental health and volunteering, with each winner receiving an award and a prize of £1,000, presented to them by HRH The Earl of Wessex.

Guests also enjoyed a talk from BBC Unsung Hero Award winner, Keiren Thompson, who spoke about his motivations, ambitions and the importance of projects like his Helping Kids Achieve programme in Nottingham.

The 2020 Community Sport and Recreation Award winners were:

Since its inception in 2007, the club has provided more than £500,000 to the city to support youth and community work, taking table tennis to prisons, schools and a psychiatric hospital.

The club is already recognised as a Club of Sanctuary for its work with refugees and it also provides a safe and welcoming space for people with learning and physical disabilities, young travellers and people from the LGBTQ+ community.

Aside from uniting people, Brighton Table Tennis Club is a known for its success in the competitive arena, winning medals both nationally and internationally.

Positive Minds, Watford FC CSE Trust’s award-winning programme, aims to improve the mental wellbeing of people in Hertfordshire through the use of sport, education and physical activity.

It looks to increase the general knowledge around mental health, to promote resilience and highlight healthy coping strategies. The project empowers people of all ages, from the work to educate youngsters to the Man On! provision for men aged 18-65.

It has clearly been a huge success, with participants feeding back that there has been an average increase of 18% to their mental wellbeing.

Flyerz brings together a dedicated network of people, clubs and organisations who are working in partnership to make disability inclusion the norm in hockey.

The project is helping to open many eyes to the staggering lack of inclusive sporting opportunities out there and the steps that can be taken to overcome detrimental barriers.

When Flyerz was first established, there were no recognised disability inclusive sections in UK hockey clubs. Now, with Access Sport combining forces in strategic partnership with England Hockey and home-country NGBs, there are over 40 clubs that are part of the growing movement.

She’s Ready is a female-only initiative, funded by Active Life, Sport England and Active Essex, that aims to empower women from deprived areas in Southend to get involved and help other females begin their fitness journey.

Since launching in 2017, the project has supported a huge number of women to overcome significant barriers to volunteering, including low-self-esteem, body confidence issues, unemployment and domestic abuse.

The scheme works to develop a volunteering offer centred solely on the needs of the women involved, taking into account family life, cost of travel and school holidays to ensure that it as easy as possible for them to take part.

The Boxing Academy were rewarded with the Youth Development Award

Formed in 2007, the Academy offers an education pathway for students aged 14-16 who need an alternative to mainstream schooling.

The Academy has gone from strength to strength since it was established, growing from supporting just four excluded students in a rundown shed in North London to now providing a lifeline to over 40 vulnerable young people in the heart of Hackney.

Last year, 100 per cent of its pupils left with a qualification and went on to gain a place in education, employment or training. Such results demonstrate just how valuable the Academy is in helping young people embark upon a positive cycle of achievement.