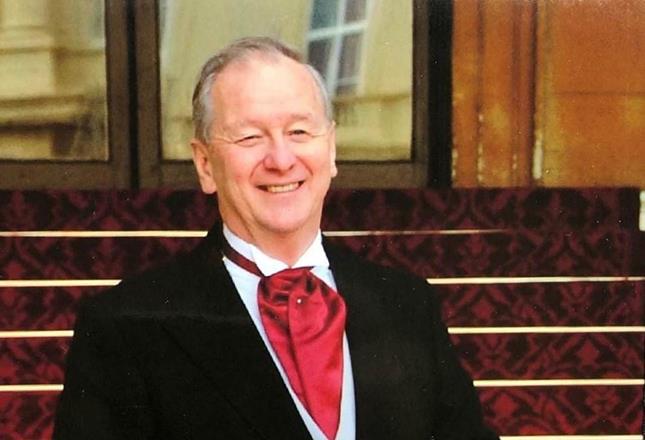 The Sport and Recreation Alliance is deeply saddened by the passing of Vice-President Pat Smith MBE.

Appointed to his position at the Alliance in 2005, Pat had already been an influential character within the organisation following his time on the Executive Committee of the Central Council of Physical Recreation, the former name of the Alliance, between 1997-99.

Before then Pat demonstrated his passion for school sport as a member of the National Council for School Sport and regularly made his warm presence felt at divisional meetings for a number of years.

Pat started his professional career as a mathematics teacher in Buckinghamshire and Nottinghamshire before making Head of House in a comprehensive school; he took early retirement in 1990.

In 2000, he was made a member of the government’s Sports Strategy Implementation Group and served as Head of Delegation and Administrator at international events such as the World Schools Games.

Pat was awarded an MBE for services to school sport in the East Midlands in 2002.

“He was a great believer in the traditional values of sport and fair play, but also always open to new approaches to help young people”.

CEO, Lisa Wainwright added: “Pat was a figurehead and incredible advocate for school sport and a very good friend. He committed a great deal of time to this passion and allowed many organisations, including our own, to push forward conversations with government.

“He will be fondly remembered by so many in our sector as a friendly, approachable and dedicated supporter of physical activity.”

A memorial service will be held for Pat when current restrictions allow, details will be confirmed in due course.

The thoughts of everyone at the Alliance are with Pat’s loved ones at this time.

Pat's obituary and details on donations can be found here.