Back to school – time to make inactivity history 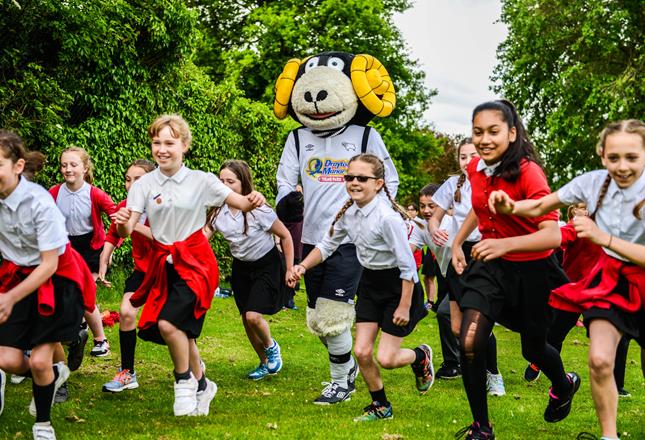 James Allen, Director of Policy, Governance and External Affairs at the Alliance, explains what we mean by #RightToBeActive and why it should be one of society’s biggest priorities.

In case you hadn’t noticed, it’s back to school week. Our children are heading back after six weeks away from school, and while the break was something I always loved, summer holidays actually bring with them an alarming drop in cognitive function, physical fitness and nutrition for far too many children.

For the most marginalised and excluded children, getting back to school provides an opportunity for targeted intervention and for some progress to be made, at least until the next long break.

However, throughout the summer we’ve been working up our plans to make sure that as an organisation, and as a sector, we don’t fail yet more children.

The problem of inactivity and children’s mental and physical health is one of our most pressing social concerns and for too long we’ve failed to tackle it.

Our research, which we launched in July, showed us that the overwhelming majority of children want to be active. But despite this, only 20% of girls and 23% of boys meet the minimum levels of activity to maintain good health.

This is why we’re calling for the fundamental right of children and young people to be active to be far better understood, to be a much higher priority for government and to be written into law.

We are working on the content of what we think should be in a 25-year strategy for children and young people in relation to physical activity.

As we’ve said before, the UK is a signatory to the UN Convention on the Rights of the Child. This contains references to the right to play and to be active, but less directly and in a less impactful way than we’d like.

Since we signed the Convention in the late 1980s, millions of children have been born. They will have finished school, possibly gone on to university and been in the workplace for some time.

Many will now have their own children, who are likely to adopt the habits of their parents, thus creating another generation of inactive children with unhealthy lifestyles.

To end this cycle and make sure we’re not still talking about a record of failure in 30 or 40 years’ time, we believe there is a need for a fundamental right of children and young people to be active and we’ll be working towards:

Our challenge this autumn is to build a public campaign to generate momentum behind the fundamental right of the child to be active.

We’ll be launching more public materials on this throughout September and will be asking for your support.

As a society, what greater responsibility do we have than to give our children a healthy, happy start in life?