Brexit: A tricky trade-off for the sports sector?

After the Prime Minister announced her plans for what Britain might look like after Brexit, Leigh Thompson considers what this could mean for trade in sports goods and services.

In her first major speech on the subject in 2017, the PM this week outlined the Government’s key negotiating priorities for Brexit. Perhaps the most important element of the speech was the confirmation – for the first time in plain, clear language – that the UK will be leaving not just the EU but also the Single Market and, most likely, the customs union. This is an outcome variously described as a ‘hard’ or ‘clean’ Brexit, in large part because it will result in a very significant restructuring of our trading relationships with the EU.

At this point we can only speculate on the potential impact of Brexit on sport; much will depend on the shape of the final deal the UK Government negotiates with the remaining EU member states. However, following the PM’s speech this week, what is now clear is that there is much at stake from a trade point of view, both for participants (who are, after all, consumers of sports goods) and the businesses that provide goods and services in support of the sector.

But what will it mean for the UK sports sector specifically?  To shed some light on this requires digging into some of the available data on trade in sporting goods and services. 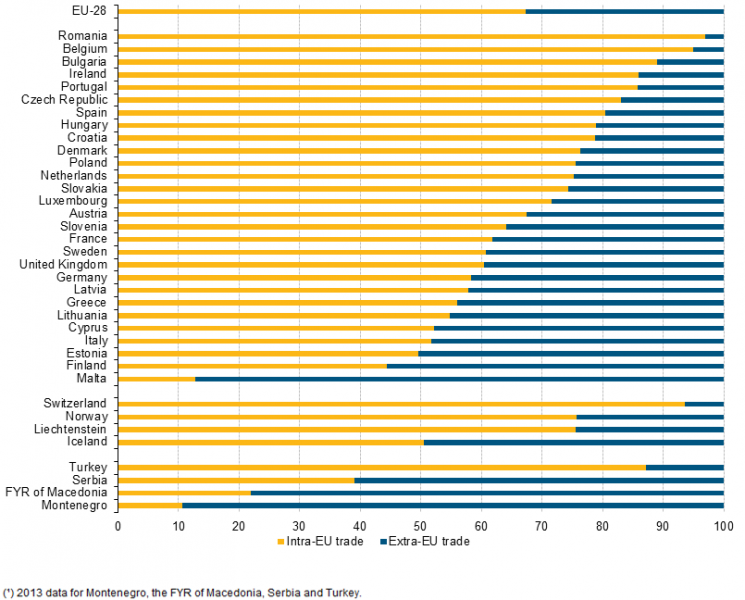 This trade deficit means that consumers of sports goods are arguably more exposed to two risks related to Brexit – one short-term, the other longer-term. The first is Brexit-induced currency depreciation, whereby imported goods rise in price as sterling falls. As an example, following the pound’s recent post-referendum slump and its impact on import prices, UK retailer Halford’s announced recently that buying a bicycle may be about to get more expensive.

The second, longer-term consideration is the potential for new or additional trade barriers such as tariffs on imported sporting products such as clothing and footwear. Importantly, these barriers may arise even where UK trade is with countries outside the EU if, post-Brexit, the UK cannot negotiate similar trading terms to those that have been agreed as a member of the EU.

From an export point of view, the fall in the pound could deliver a boost to UK producers of sporting goods as it has the potential to make UK goods more price competitive both in Europe and overseas. However, in the longer term, any post-Brexit imposition of tariffs and potentially, non-tariff barriers (e.g. quotas or additional customs checks) will make UK producers less competitive and limit their ability to penetrate the very EU markets to which they currently enjoy unrestricted access.

But it’s not all about trade in goods.

When considering the impact of Brexit on sport, we should also take into account what it could mean for those businesses providing services closely related to our sector. These businesses provide a wide range of services, from professional services such as law and finance through to design, engineering and creative services. Recent data certainly seems to indicate that sports services is a fast-growing sector in trade terms. Between 2010-2014, UK exports of sports services grew by over 90% to a value of £1.8bn. This suggests that the UK is developing a real depth of expertise in these service areas and, given the scale of its economic contribution, it is important that the sports services sector is not overlooked in the Brexit debate.

Given that it is now the Government’s intention to exit the EU and the Single Market, it may become much harder for UK businesses to offer sports services into the remaining EU member states and, equally, for UK-based organisations to source important EU expertise. The UK currently exports a third of total sports services to the EU which, in value terms, equates to over half a £billion (Fig.2). Imports of sports services from the EU contributes over 85% of total UK sports service imports, which makes up a similar figure in value terms – in excess of half a billion pounds (Fig.3). While these flows are not huge in the context of total UK trade, they nonetheless illustrate how interdependent the UK-EU sports services sectors are and how Brexit could impact on cross-border trade in sports services. Additionally, when one considers the role played by the EU’s mutual recognition of qualifications framework the risks are magnified. This is because the framework, which enables qualified professionals to work in other EU member states, is underpinned by the broader freedom of movement and freedom to provide services provisions enshrined in EU treaties.

Theresa May has said that the government will start the withdrawal negotiations with the EU before the end of March this year. Both the EU and the UK governments have two years to decide on a withdrawal agreement from the start of the Article 50 negotiations. We are clearly a long way from understanding exactly what Britain will look like after Brexit, however, as the process unfolds we will be reporting on the implications for the sport and recreation sector.

*Note: the data published by DCMS is based on a narrow statistical definition of ‘sport’ which does not include all sports services activity, some of which is included in other DCMS sectors. If a wider definition is used, the total value of sports services is likely to be significantly higher than indicated.