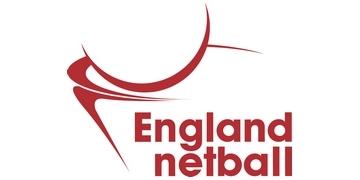 The England Netball Board, which is responsible for overseeing England Netball’s strategies, policies and business management, is looking to welcome a new member to its team to help lead the sport in an exciting new era.

We have been on a phenomenal journey over the last few years; making history at the Commonwealth Games, enjoying a home Netball World Cup, seeing thousands of women and girls step onto courts for the first time, celebrating record crowds at international and Vitality Netball Superleague events, introducing new programmes such as Bee Netball, plus so much more. The England Netball Board have been instrumental in that success to date and you could be a part of so much more excitement to come.

We have seen first-hand the power netball has to touch so many lives, and all of us here at England Netball are passionate about ensuring there are many more opportunities for people from all different communities to enjoy this wonderful sport.

Following recent global events, we have been taking the time to speak and listen to the Netball Family to better understand the experiences of Black, Asian and Ethnic Minority groups within netball. What emerged from these discussions was the need for more representation, as it became clear that our Board does not currently represent the diversity of our audience, members and participants and we wish to take action on this matter.

As part of this, we are seeking applications for an additional England Netball Board position from candidates who have the skills and experience to represent minority groups within a sporting context. The successful applicant will support driving progress around our equality and diversity agenda, to ensure inclusivity within our sport.

The chosen candidate will help us focus on equality and diversity, and they will be expected to contribute to wider governance issues too. Therefore we encourage applications from all different backgrounds, including Black, Asian, Ethnic Minority groups, disabled people and people from the LGBT+ community, particularly those with additional areas of expertise such as grassroots and/or elite sport, finance, commercial, HR, legal, safeguarding, and IT.

As a Non-Executive Director you will help cement England Netball’s position as a top-performing governing body and will help drive the new strategy for the next 10 years forward.

We would also like to take this opportunity to thank everyone who took part in our Here to Listen Forums in recent months. Around 200 members of the Netball Family took the time to share experiences of racism and their thoughts on how to ensure netball is diverse and inclusive for all going forward during those talks. We could not be more grateful for those who helped us open up these vital discussions, which will help us inform how we do things and educate others going forward. To find out more about our findings and next steps following these forums, please click here.

All applications will be subject to review by the Nominations Committee, following shortlisting interviews will be conducted and the committee will recommend the preferred candidate to the board for appointment.