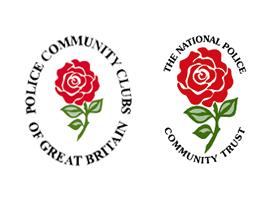 All Regional Police Services within the United Kingdom including England, Wales, Scotland, Northern Ireland, The States of Jersey, The British Transport Police, The Civil Nuclear Constabulary, The Ministry of Defence Police and The National Crime Agency.

In order to ensure that the new structure is ‘fit for purpose’ we are seeking to recruit a Olympic Boxing Coach who will have the specific remit for female boxing UK wide.

Applicants will be serving or retired members of any of the above named Police Service organisations including Police Support staff and be qualified to at least a Level 2 Olympic Boxing Coach.

The successful applicant will be integral committee members of the BPBA and will be responsible for the following:

Albeit the position is open to all gender, applications are particularly invited from suitably qualified female coaches.

This is a voluntary post however, all reasonable expences will be met together with appropriate release from duty subject to the post holder’s Chief Officer where appropriate.

Similarly qualified officers, Police Support staff or those retired from the Police Services of England, Wales, Scotland and Northern Ireland in order to drive our programme for female participation across the UK.

Further details can be obtained from headquarters@policecommunityclubs.org

Applications outlining briefly your past and current roles and qualifications within amateur boxing together with details of your current status within the British Police Service or date of retirement should be sent to the following address: