What might ‘Brexit’ mean for the UK sports sector? 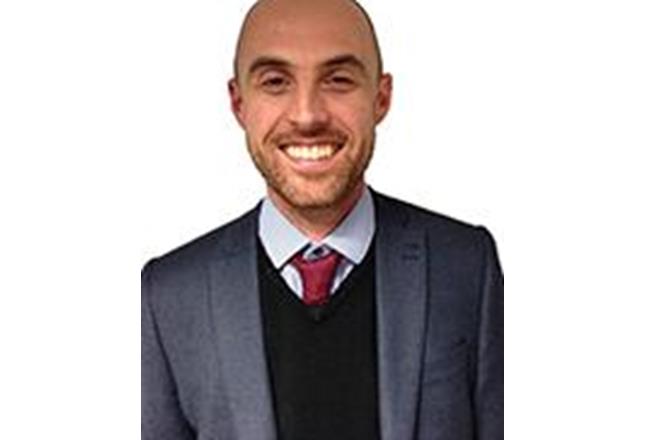 With "Brexit" being the hot topic of the moment, Leigh Thompson, Policy Adviser, explains what an exit from Europe might mean for the UK sport sector.

24 June 2016 - UK votes to leave EU. Visit Alliance Member News for an update on what this may mean for the UK sport sector.

David Cameron’s announcement just over a week ago that he had secured a new deal on Britain’s future membership of the European Union (EU) fired the starting gun on four months of intense campaigning ahead of the referendum on June 23rd.

While much of the ensuing media frenzy has focussed on the polarised views within the Conservative Party, the publication yesterday by the Government of a document setting out the process for the UK’s withdrawal (aka ‘Brexit’) from the EU may begin to focus minds a little more on what Brexit might actually mean for the UK in practical, as opposed to abstract, terms.

I first blogged about the potential for Brexit before the Scottish referendum last year. While many of the broad issues I raised then remain relevant, in this blog I’ll try to sketch out some specific areas where the sports sector is likely to be impacted if the UK were to leave the EU.

As a single market, a central plank of the EU is that people, goods and services are free to move across borders. This principle of freedom of movement is probably the most contested issue in the current debate as those seeking Brexit argue that only with control of our borders can immigration be controlled properly.

While it is not yet clear what model the UK would adopt were it to leave the EU, it is possible to consider some options.

Some countries outside the EU – such as Switzerland and Norway – have agreed to some form freedom of movement (alongside compliance with other EU rules) in return for access to the EU’s single market. In effect, these countries get access to the benefits of the EU but at the cost of having little influence on the rules they must abide by due to their position on the periphery.

Looking at the UK, it is hard to see how this sort of ‘halfway house’ would be sufficient to satisfy those that want the UK take back control of law-making and, crucially, immigration policy. In this context we could well see the UK adopt a model based on full sovereignty and access to markets via free trade agreements with individual countries or blocs such as the EU. Such a model would deliver the primacy of UK law demanded by Brexiteers but would, equally, mean limitations on freedom of movement and, probably, more complex and costly trading arrangements.

So what might this form of ‘complete Brexit’ mean for different aspects of sport?

Any restriction on freedom of movement as a result of Brexit would be a key issue for the sports sector. The impact of Brexit would be felt most keenly within major professional sports such as football and rugby where players from across the EU can move freely to compete in the Premier League and Aviva Premiership respectively.

By contrast, in football at least, non-EU/EEA players wishing to play in England must satisfy more stringent rules. These rules were devised in part to support the development of domestic players who, it is felt, are being denied opportunities to progress by overseas imports.

Were the UK to leave the EU, it is possible EU/EEA nationals would face similar tests to non-EU/EEA nationals with potentially major impacts on some top clubs, although some sports lawyers believe that, ultimately, a compromise set of rules would probably be worked out.

While much of the focus has been on the top tier of major sports competitions, it is also important to realise that additional immigration restrictions would affect a wide range of clubs and different sports and apply not just to players but also to other EU nationals seeking to work in sport in the UK, for example as coaches. Likewise, UK nationals would face restrictions on their ability to take up sport-related employment in EU countries.

A key issue for many sports governing bodies and event organisers is the commercial return they earn from the sale of broadcasting rights, both domestically but also abroad, including sales to EU countries. These returns are very often reinvested to support the development of sport at grassroots level.

At present, broadcasts are licensed on an exclusive territorial basis meaning that rights holders can package sports content for specific markets in particular countries. For example, rights to the 6 Nations Championship are sold on a territorial basis allowing national broadcasters in key markets (UK, France, Italy and Ireland) to tailor the action to local audiences. This, in turn, drives increased interest and, ultimately, revenue.

However, the European Commission recently proposed a wide ranging set of reforms under the banner of the Digital Single Market which could, in time, end the existing territorial licensing model and enable EU citizens to access content on a pan-European basis.

While the Commission has rowed back from this position more recently, if the UK were to exit the EU it would leave UK rights holders with limited influence over any further reform within the remaining EU member states – reform which could have significant implications for UK rights holders’ commercial interests.

Currently, sports organisations in the UK can access EU funding streams that can be used to benefit grassroots sport – notably ERASMUS+ Sport – but also other aspects of the ERASMUS+ programme aimed at improving education and training and, more broadly, the EU Structural Funds.

In the event of Brexit, UK sports bodies would no longer be guaranteed access to these funds as they do now. Taking ERASMUS+ Sport as an example, only full EU member states are automatically classed as ‘programme countries’ and therefore by definition able to participate in all ERASMUS+ funded projects. Other, non-EU countries are able to able to access ERASMUS+ funds but they are subject to specific conditions which restrict the extent of their involvement.

Doping and match fixing represent two of the most significant threats to the integrity of sport. A common characteristic of both is that effective prevention requires cross-border cooperation – particularly at European level – for example in terms of facilitating testing, sharing intelligence and information. Were the UK to leave the EU it is quite likely that many of these ‘cooperation benefits’ we currently receive would be affected with attendant problems for sport.

To take match fixing as an example, as an EU member state the UK is a full member of EUROPOL, the pan-EU law enforcement agency which assists Member States in their fight against serious international crime and terrorism including criminality linked to match fixing. Brexit – and removal of our status as member of EUROPOL – could put the UK at a significant disadvantage in tackling match fixing and related corruption.

Looking at doping, the Sports Minister Tracey Crouch was recently appointed to the WADA Foundation Board until 2018 as one of three EU representatives. The appointment represents a significant step and one that puts the UK at the heart of anti-doping policy at the global level. Nonetheless, the appointment is linked explicitly to the UK’s membership of the EU. Brexit could put this appointment – and the UK’s influence at international level more broadly – in doubt.

In the event of Brexit, the UK would need to agree a range of free trade agreements with a range of countries as well as the EU itself. Most commentators accept these deals could take years to negotiate which means, in the interim, the UK could find itself not just facing tariffs on exports to the EU but also having to apply tariffs to goods imported from the EU.

In practice this could mean UK consumers having to absorb increases in the cost of imported sporting goods, clothing and equipment. At a time when sports participation has been the subject of intense debate, price increases of this kind would make it harder for those on low incomes to participate and create additional cost pressures for sports clubs and other grassroots providers.

Ultimately, were the UK to vote to leave the EU but Scotland vote to stay, it is hard to see past a second Scottish referendum on continued membership of the UK. And if Scotland was to vote to leave, I refer you to James Allen’s excellent blog from last year on the potential ramifications for sport...!